The 2 women wanted their toilets to be traced and action taken against those involved in the 'theft', house officer Ishaak Khalko said. 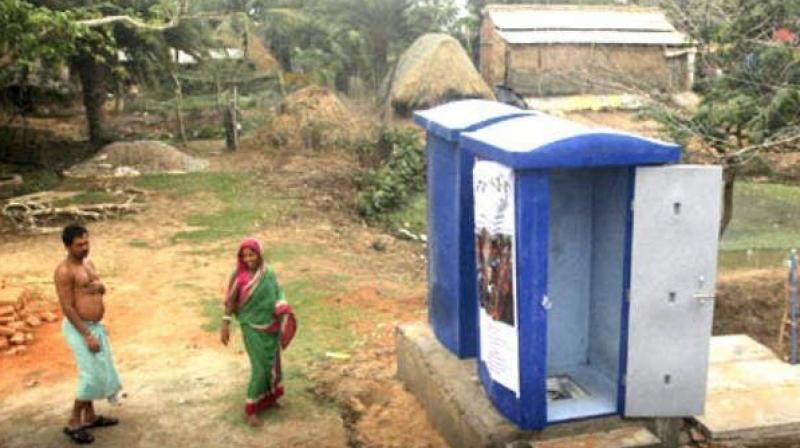 The women wanted their toilets to be traced and action taken against those involved in the 'theft', the officer said, adding that an inquiry was underway. (Representational Image)

Bilaspur (Chhattisgarh): Strange as it may sound, an elderly woman and her daughter in a village in Bilaspur have lodged a police complaint of 'theft of toilets' from their house on Thursday, which a local RTI activist claims existed only on paper.

The women filed the written complaint last week after they reportedly found out that the two toilets, proposed under the Swachh Bharat Abhiyaan, were shown in documents as already constructed for which the fund was also released.

The women wanted their toilets to be traced and action taken against those involved in the 'theft', he said, adding that an inquiry was underway.

As per preliminary information, Bela and Chanda, both widows belonging to the Below Poverty Line (BPL) category, live in two different parts of their house in Amarpur.

The duo had submitted their application to the village panchayat in 2015-16 for the construction of two toilets in their house, the SHO said. The applications of all the beneficiaries from the village were forwarded to the janpad panchayat at Pendra for approval following which the permission was granted, he said. When the work did not start even after a year of the approval, as claimed by villagers, Bela and Chanda approached the janpad panchayat office last month to enquire about the status of the work.

To their surprise, they were informed by the panchayat officials that the toilets have already been made. The two women later filed a complaint with police.

Meanwhile, a local activist, Surendra Patel, sought information on the status of the toilets in Amarpur through an RTI query with Pendra janpad panchayat.

Patel said that as per the reply received last week, the work of construction of toilets in the houses of all the beneficiaries has been completed and money has also been paid for it.

He alleged that the toilets were only built 'on the paper and not on the ground'.
"There is a gross irregularity in the construction of toilets under the 'Clean India' mission in Amarpur village. Not only these two women, but several other beneficiaries are affected by the corruption," he said.

When contacted, Pendra janpad panchayat's chief executive officer K S Dhruva said he has received information (about status of toilets in Amarpur) and it is being verified.