India   All India  11 May 2017  Expelled by Mayawati, BSP's Muslim face threatens to 'reveal everything'
India, All India

Expelled by Mayawati, BSP's Muslim face threatens to 'reveal everything'

Siddiqui, one of the most trusted lieutenants of the BSP president, has been charged with indiscipline. 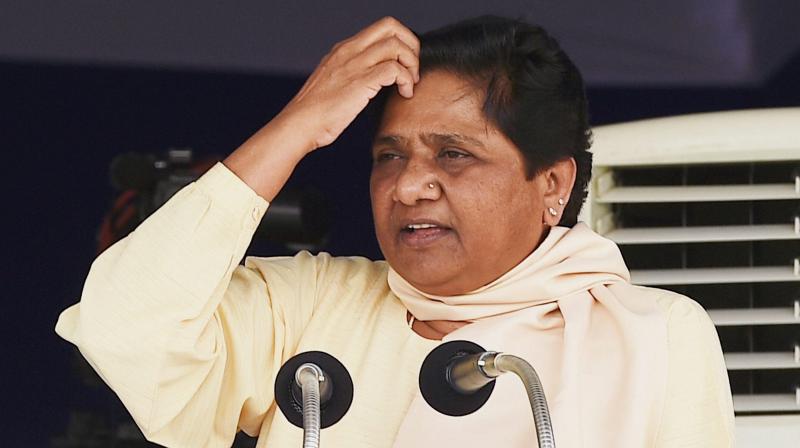 Lucknow: Bahujan Samaj Party's No 2 leader Naseemuddin Siddiqui has threatened to expose BSP chief Mayawati, after she expelled him along with his son Afzal Siddiqui from the party for a period of six years on Wednesday.

Siddiqui, one of the most trusted lieutenants of the BSP president and also the Muslim face of the party, has been charged with indiscipline.

Following the expulsion, Siddiqui said he was hurt by the ‘totally false and baseless allegations’ against him, and has ‘evidence’. He also claimed he would make some major revelations on Thursday, according to an NDTV report.

The report said that Siddiqui alleged that after the party's defeat in the UP elections, Mayawati, "said disrespectful things about upper castes and backwards and made derogatory remarks against Muslims."

Mayawati later convened a meeting of around 250 senior leaders of the party and explained the prevailing situation to them.

Siddiqui issued a press statement saying he was not in Lucknow and would soon hold a press conference to expose the truth. “I have given 35 years to the party and this is what I get in return,” he said in the statement.

"Mayawati, her brother Anand Kumar and Mishra put inhuman demands before me. I was put under tremendous pressure to meet those demands. I was harassed mentally several times and tortured," he claimed.

Misra added that Siddiqui had cut deals with a lot of rich individuals privately, and had sought favours from them, promising to return them as soon as the BSP formed government in UP.

“He was also found guilty of forcibly taking money from party workers and had allegedly taken money while giving tickets to undeserving people which led to the party’s losses in the Assembly elections,” Misra said at a press conference here on Wednesday.

“The party had earlier given him the charge of Madhya Pradesh but he did not take any interest in his assignment, which amounts to indiscipline,” he stated.

Misra said when the party chief called Siddiqui to seek his clarification, he did not take her calls.