India   All India  11 May 2018  After Flipkart-Walmart deal, SoftBank undecided on selling stake
India, All India

SoftBank’s Masayoshi Son will take a call in the next 7-10 days, on whether the group will exit India’s biggest online retailer or not. 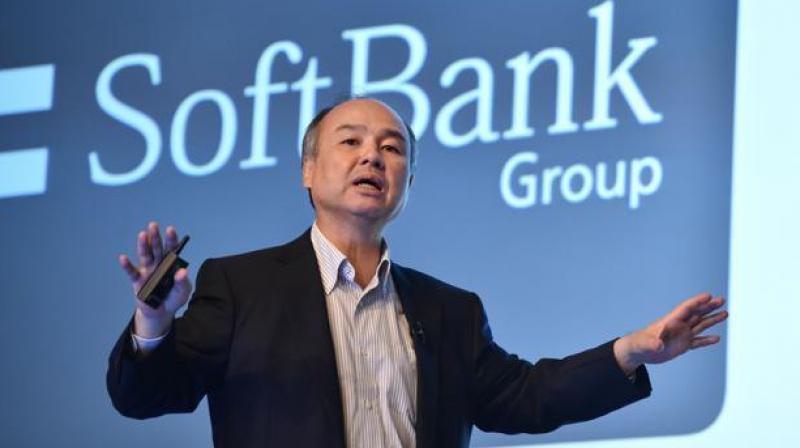 SoftBank had invested USD 2.5 billion in Flipkart and exiting the company would fetch it up to USD 4.5 billion. The USD 2 billion profit would be taxed as per Indian law. (Photo: AFP)

New Delhi: Japan’s SoftBank Group Corp has not yet decided to sell its 20-22 per cent stake in Flipkart to US retailer Walmart Inc, sources with direct knowledge of the development said.

SoftBank’s Masayoshi Son will take a call in the next 7-10 days, on whether the group will exit India’s biggest online retailer or say invested for some more time, they said.

Walmart had on Wednesday announced that it will pay about USD 16 billion to buy 77 per cent stake in Flipkart.

A statement issued by Walmart that day identified Flipkart co-founder Binny Bansal, Tencent Holdings Ltd, Tiger Global Management LLC and Microsoft Corp as the investors who would hold the remaining 23 per cent, implying SoftBank had agreed to sell its 20-22 per cent stake.

Sources, however, said SoftBank is yet to take a call on exiting Flipkart. The factors that hold key to the decision include the tax SoftBank has to pay on profits it would earn from such share sale.

SoftBank had invested USD 2.5 billion in Flipkart and exiting the company would fetch it up to USD 4.5 billion. The USD 2 billion profit would be taxed as per Indian law.

Since the profit is made from shares that were held for more than two years, it would attract a long-term capital gains tax of 20 per cent plus surcharge and education cess, effectively wiping away a fourth of the profit.

Other deciding factors would be Son’s relationship with Walmart and that SoftBank likes to be a long-term investor, sources said, adding the Japanese conglomerate is very bullish on India and sees immense opportunities for growth of investment.

Sources said Walmart had indeed courted SoftBank for buying its shares but the Japanese group has not yet taken a final call on the issue.

On May 9, hours before Walmart was scheduled to announce the Flipkart acquisition, SoftBank chief executive Masayoshi Son told an investor call on his company’s earnings that Walmart had agreed to buy a controlling stake in the Indian e-commerce company.

“Last night, (they) reached a final agreement and it was decided that Flipkart will be sold to America’s Walmart,” Son had stated in Tokyo, according to an AFP report.

He had gone on to state that the USD 2.5 billion that the Japanese company through its Vision Fund had invested in Flipkart was worth about USD 4 billion in the deal. He had not clearly stated if SoftBank had agreed to sell the stake at such valuations.

In case SoftBank decides to not sell its stake, Walmart would be left with about 55% holding in Flipkart.

On Wednesday, all significant shareholders in Flipkart like Naspers, venture fund Accel Partners and eBay had confirmed they were selling their shares to Walmart.

South African internet and entertainment firm Naspers, which had invested USD 616 million in Flipkart in August 2012, sold its entire 11.18 per cent stake in the company to Walmart for USD 2.2 billion. eBay said it is selling its stake in Flipkart for about USD 1.1 billion.