Nalini Chidambaram, Karti and Srinidhi have been charged for allegedly not disclosing, either partly or fully, immovable assets. 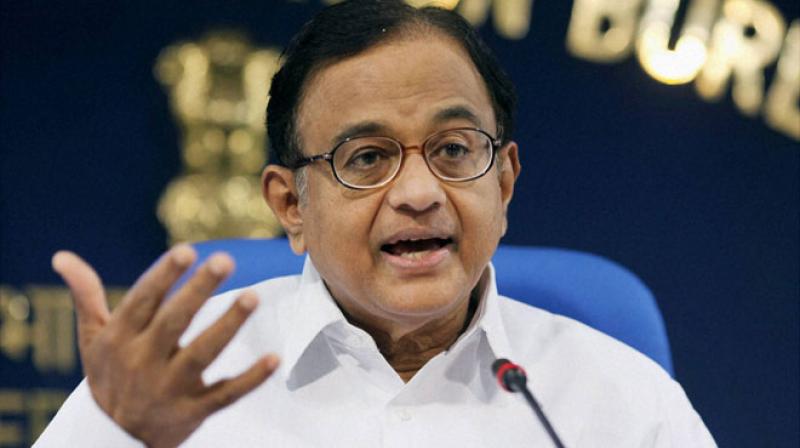 Officials said the charge sheet has been filed as the investigation of the case had reached its "logical conclusion" and thus it could be presented before the court. (Photo: File/PTI)

The charge sheets or prosecution complaints have been filed by the department before a special court in Chennai under Section 50 of the Black Money (Undisclosed Foreign Income and Assets) and Imposition of Tax Act, 2015, officials said.

Nalini Chidambaram, Karti and Srinidhi have been charged for allegedly not disclosing, either partly or fully, immovable assets like the one at Cambridge in the UK worth Rs 5.37 crore, property worth Rs 80 lakh in the same country and asset worth Rs 3.28 crore in the US, they said.

The charge sheets claimed that the Chidambaram's "did not disclose" these investments to the tax authority as also by the firm co-owned by Karti-- Chess Global Advisory, in violation of the black money law. '

The law was brought by the Modi government in 2015 as part of its drive against black money and to prosecute those Indians who have secretly stashed illicit wealth abroad.

The department had recently issued notices to Karti and his family members in the case which he had challenged before the Madras High Court.

Karti had refused to join the probe stating that he had already submitted the details of the asset and related transactions undertaken in 2017 to another tax authority, and that "parallel proceedings" cannot take place against an individual under the same law.

The writ petition was later quashed by the high court.

Officials said the charge sheet has been filed as the investigation of the case had reached its "logical conclusion" and thus it could be presented before the court.

The income tax department had slapped the Black Money Act against Karti in 2017 after it found that assets created by him abroad were in alleged violation of the law.

The new anti-black money law deals with cases of overseas illegal assets, which till recently were probed under the Income Tax Act, 1961. The new legislation has provisions for a steep 120 per cent tax and penalty on undisclosed foreign assets and income, besides carrying a jail term of up to 10 years.