India   All India  11 May 2018  Let's take Modi out with sniper rifle: Friend of 'ISIS operatives' overheard on call
India, All India

ATS official said the process to identify other people who figure in these chats, including 'Ferrari', is underway. 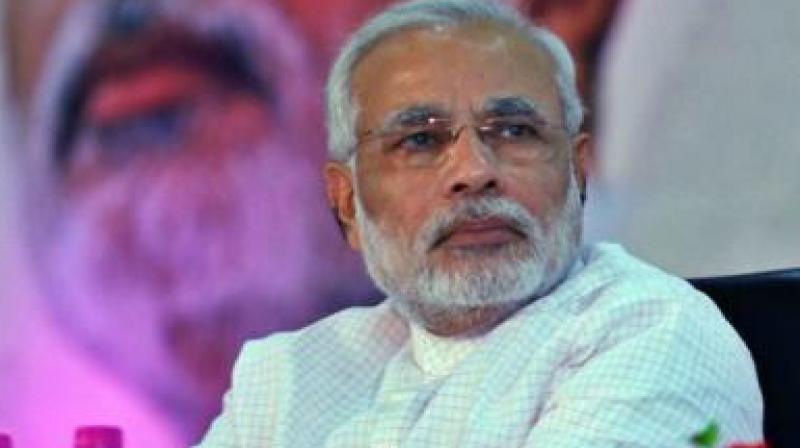 Ahmedabad: A chargesheet filed by the Gujarat Anti-Terrorism Squad (ATS) against two suspected ISIS operatives in April has claimed that an unidentified associate of one of the two arrested men talked about assassinating Prime Minister Narendra Modi.

"Yeah let's take Modi out with a sniper rifle," is a line from a conversation cited in the chargesheet, attributed to an associate of Ubed Ahmed Mirza.

The chargesheet against Mirza and Mohammad Kasim Stimberwala -- both arrested last October -- was filed before the chief judicial magistrate at Ankleshwar in Bharuch district.

As per a WhatsApp chat between Mirza and his associate, identified only as 'Ferrari', on September 10, 2016, Mirza talked about buying pistols.

In response, according to the chargesheet, 'Ferrari' said, "Yeah, let's take (Prime Minister Narendra) Modi out with a sniper rifle Insha-Allah". When 'Ferrari' mentioned a Russian-made gun, Mirza promptly replied, "I want it".

In another WhatsApp chat with Ferrari on July 26, 2016, Mirza was told that ISIS handlers had asked its modules and lone-wolf attackers in India to use machetes and big chopping knives to target people.

According to an ATS official, the process to identify the other people who figure in these chats, including 'Ferrari', is underway.

The ATS has alleged that Stimberwala and Mirza were "highly radicalised by the Jehadi ideology of Islamic State and were actively planning lone-wolf attacks on Jews".

While Stimberwala worked as a laboratory technician at a hospital in Ankleshwar, Mirza was a practising lawyer at the Surat district court.

Abdullah el-Faisal, a radical preacher based in Jamaica, and suspected ISIS handler Shafi Armar have been shown as absconding accused in the charge sheet.

ATS claimed Stimberwala and Mirza were in touch with el-Faisal and Armar to plan attacks on Jews in India. They conducted a recce of some of the targets and were planning to send radicalised youth outside India to take part in terrorist acts, the charge sheet said.