India   All India  11 May 2018  PM Modi launches Ramayan bus route to Ayodhya on third visit to Nepal
India, All India 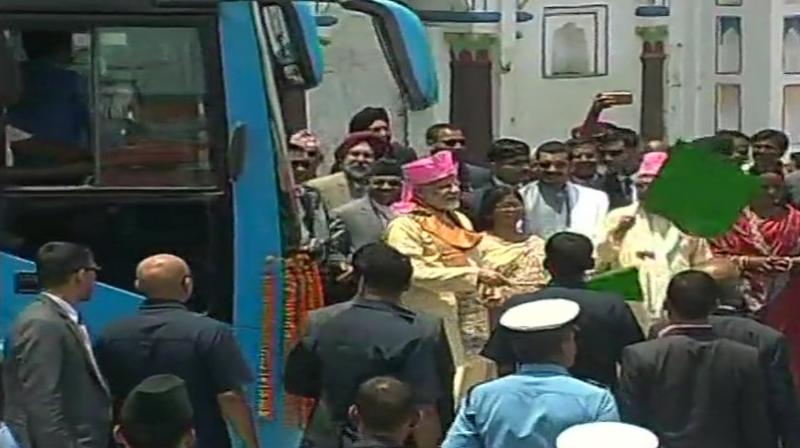 Addressing the people in Nepal, Prime Minister Narendra Modi said, "I am glad to be here in Janakpur. I am here to pay respects to King Janak and Mata Janaki. I thank the PM of Nepal Shri Oli for accompanying me during this visit to Janakpur."

PM Modi arrived in Nepal on Friday for a two-day state visit at the invitation of Nepalese Prime Minister K P Sharma Oli.

The Prime Minister said that his welcome in Nepal shows the affection the people of the country towards India.

"India and Nepal will work towards building 'Ramayan' circuit between both the countries. This will act as foundation for strong people to people contact between the two nations," PM Modi said.