One of the company’s mandates to its English and Scottish officers, brave enough to go on expeditions, was to find an alternative source for tea. 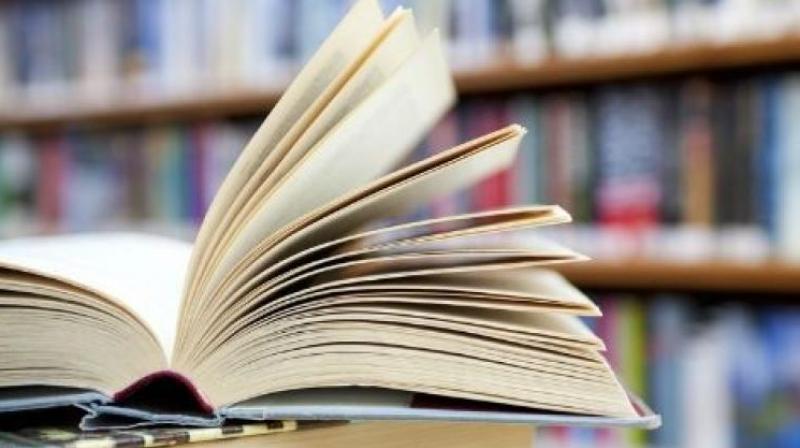 Rita Chowdhury, the director of the National Book Trust and a fine writer in Assamese, has put together a remarkable book, Chinatown Days. (Representational image)

The recent news of Assam CTC tea (processed through crush, tear and curl) from the Halmari Estate in Assam selling for a record-breaking Rs 700 per kilo at the Guwahati tea auction must have brought a great deal of satisfaction to all involved in the tea industry in the Northeastern state. This is important because though tea was pioneered in Assam, it was always felt that the income from the tea industry did not accrue to the state. I was made aware of this during the four years I spent teaching in the North Eastern Hill University in Shillong in the mid-1970s. Though the tea was produced in Assam, it was sent to the auction houses in Kolkata to be auctioned and sold in the domestic market as well as or export. Almost all the major tea auctioneers, J. Thomas, Warren and Duncans were British companies headquartered in London but with their offices in Kolkata. This also made sense as Kolkata was a thriving port with an access route by sea to England and other markets of the world.

But this did not help Assam. It could not help being landlocked but it had its tea gardens and they were more in number than those in Darjeeling and other parts of Bengal. For Assam, the present development affords it greater satisfaction for the Halmari Tea was auctioned by the Assam Tea Corporation at Guwahati and J. Thomas were the auctioneers. What’s even more gratifying is that tea from the Halmari Estate has the potential to fetch Rs 1,000 per kilo at future auctions.

Though the Halmari Estate was founded in 1911, the story of tea in Assam has a longer history. The story began around 1823 when Assam was still a kingdom ruled by the faction-ridden Ahoms and facing threats from independent tribes like the Singhpos and Daflas and from the neighbouring state of Burma (now Myanmar). It was in this turbulent state that the East India Company wanted to expand its operations. One of the company’s mandates to its English and Scottish officers, brave enough to go on expeditions, was to find an alternative source for tea.

Tea had become a popular drink all over England and Europe and China was the major tea-producing nation with a virtual monopoly. The company felt it was at a disadvantage trading with the Chinese for they kept tight control and the English traders were not allowed beyond the port area of the city of Kwangchow. The Chinese sold tea for silver and each year raised the amount of silver required. Though the English introduced opium into the equation to get better terms, it was still not a happy situation.

The East India Company’s officers discovered that the Singhpo tribe drank a beverage made from the leaves of the phalap tree and on closer examination it was found to be similar in taste to Chinese tea. With this began the story of tea in Assam but now the company required skilled labour to grow, cultivate and process the tea. The company looked for Chinese labour which was hardworking and skilled. Moreover, famine conditions in rural China had resulted in impoverished families having too many mouths to feed. Children were sold off to merchants as slave labour in exchange for a little silver and rice so that the rest of the family could survive. In turn, the merchants would sell them off to slave traders who would take them aboard ships to countries overseas.

This is the way that the Chinese came to India, initially to the port city of Calcutta (now Kolkata) and then some of them were taken to the tea gardens in Upper Assam to work in the estates producing tea. So the growth and maturing of the tea industry in Assam has a lot to do with the hard work and pioneering efforts of the early Chinese. Tea saplings from China too were used to blend with those grown locally.

The story of the Chinese in Assam,  though it had its share of suffering, sorrow and sacrifice, had its happy moments too as they began to settle down and share in the life of the local community. But their story remained largely unknown till recently. Rita Chowdhury, the director of the National Book Trust and a fine writer in Assamese, has put together a remarkable book, Chinatown Days. Originally published in Assamese as Makum, it won the Sahitya Akademi award in 2010. The book tells the remarkable story of the descendants of the families of Ho Han, Ho Yen and Ah Chin who live in an area called Cheenapatti in the town of Makum. Though the Chinese try and maintain their identity in terms of their names, food, language and culture, they participate in all the local festivities with great enthusiasm. The children hardly know any Chinese and are more at home in Assamese. Though they attend a Chinese school, most of the lessons are in Assamese. The Chinese are star players in a local football club and participate in competitive football with teams from Duliajan and Doom-Dooma. Over the years, many of them had inter-married with the local community and both Chinese and Assamese ceremonies were observed. The women wore the traditional  mekhela-chador and were frequent visitors to each other’s homes.

In short, the Chinese had blended so well with the local community that over time, there was nothing to distinguish them except by their names and ultimately, this proved to be their undoing. To tell their remarkable story still largely unknown, Chowdhury follows an ingenious method. She prefers to use an Assamese writer Arunabh Bora, who at an international meeting was confronted by an overseas Chinese writer Lailin who proved to be inexplicably hostile. Challenged by Lailin to write their story, Bora discovered that both Lailin and her mother Mei Lin spoke fluent Assamese. From Mei Lin, Bora learned about the Chinese families very happy and peaceful co-existence in Cheenapatti in Makum.

The Sino-Indian border conflict of 1962 shattered this idyllic existence and broke up families, parents and children, husband and wife, brothers and sisters. The Indian forces had faced reverses in the conflict with China. Forced to retreat against the much better equipped Chinese forces, the Indians retreat from Tawang and Bomdila and even evacuate Tezpur. Stung by these reverses and with an increasingly vaccilating leadership, local leaders with the approval of the Centre prepared lists of Assamese Chinese as aliens. The criteria was solely based on Chinese names and a husband with a Chinese name would be interred but his wife with an Assamese name would be spared. The police acted on rumours too. The case of Mei Lin was particularly tragic. She was married to Pulok Baruah but denounced by the father-in-law who did not want a Chinese daughter-in-law. Those detained were then transported and interred in a detention camp in Deoli, Rajasthan.

Later, the Chinese government sent ships to get them back to Mainland China where they faced untold hardships during the Cultural Revolution and forced labour camps. Bora visited Makum and Cheenapatti. The old Chinese houses had been declared “enemy property” and auctioned off. The Chinese school had been turned into a Hindi school but was in the same premises. Many of the divided families had moved out of Makum and in Cheenapatti, Bora found fleeting and ghostly evidence of their presence.

Many of the deported Chinese later became part of the larger Chinese diaspora, and settled in Hongkong, Toronto and other places. But they never forgot their beloved Cheenapatti and Makum. Each year, the overseas Chinese met for a get-together and hopeful reunion. It was Hongkong that was the venue and the occasion for the release of Bora’s book. In a cinematic climax, at the reunion, Pulok Baruah is reunited with his beloved Mei Lin and in a surreal touch, Bora realises he is the long-lost son of Tun Chin one of the exiled Chinese.

At the launch of her book, Chowdhury invited a fifth generation Assamese Chinese on to the stage. He spoke fluent Assamese and English and was as much Indian as any of us!