The collegium had met earlier on Friday to take a call on Justice KM Joseph's elevation that was rejected by the government in April. 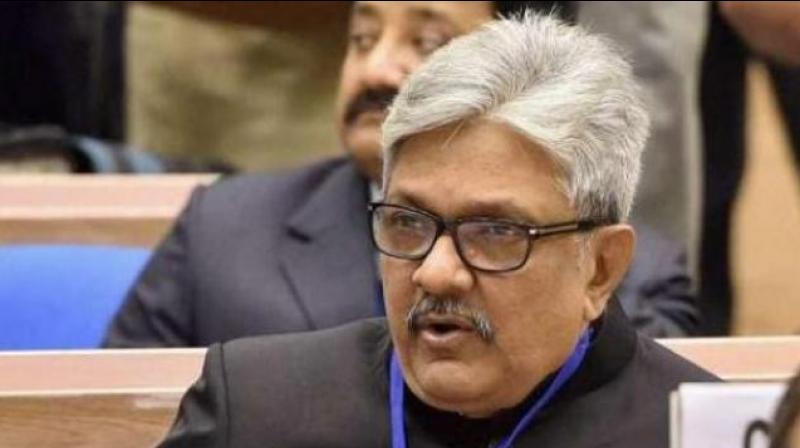 The meeting was convened after Justice J Chelameswar wrote a letter urging the CJI to take a call urgently to discuss the Justice Joseph issue. (Photo: File)

The collegium met for the second time after deferring its decision earlier last week. The meetings come after Union Law Minister Ravi Shankar Prasad sent back Justice Joseph's name and asked the judges to reconsider their choice.

The government had cleared the other recommendation, Indu Malhotra, but said Justice Joseph - the chief justice of the Uttarakhand High Court - was not senior enough for the promotion.

The government also said Justice Joseph is from Kerala, which was already represented in the Supreme Court.

Union Minister Ravi Shankar Prasad has denied that the Centre's decision had anything to do with Justice Joseph's 2016 verdict cancelling president's rule in Uttarakhand, which enabled the Congress to remain in power.

At its earlier meeting last week, the country’s five top judges had decided to draft a point-by-point response to the centre's objections to their choice. But it also discussed names of judges from three other high courts in view of what the court called, was the "concept of fair representation".

Chief Justice of India Dipak Misra's decision to convene today's meeting came just a day after Justice Jasti Chelameswar, who ranks after him and retires soon, wrote to him. The letter sought an early meeting of the collegium and said that the judges must be firm on their choice.

However, RM Lodh, who was then the Chief Justice, could not pursue the case because Gopal Subramanium withdrew his consent to be a judge.

If the collegium sends back a name a second time, the Centre has no choice but to accept it.

The country’s apex court is already down to 24 judges as against the strength of 31 and five more are slated to retire this year.