He also said he has credible evidence to prove that his father had paid for this ticket. 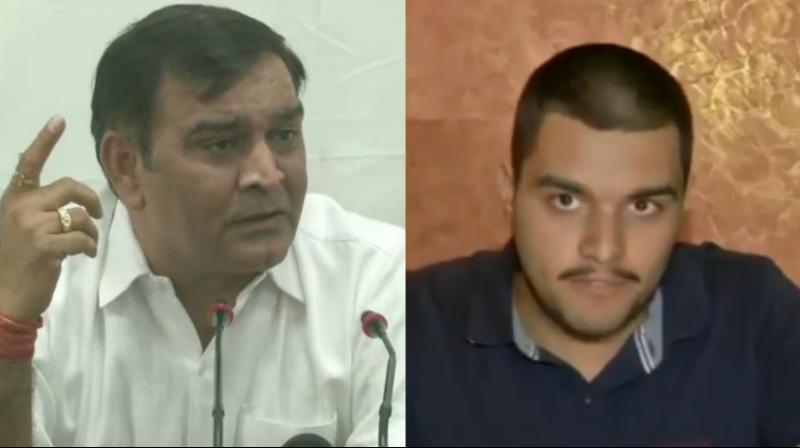 Balbir said that his son stayed at his maternal parents' home from the time of his birth and he had divorced his wife in 2009. (Photo: ANI)

New Delhi: Refuting allegations of buying Lok Sabha ticket for Rs 6 crore, Aam Aadmi Party’s West Delhi candidate Balbir Singh Jakhar said, “I condemn the allegations. I have never discussed with my son anything about my candidature. I speak to him very rarely.”

Balbir said that his son stayed at his maternal parents' home from the time of his birth and he had divorced his wife in 2009.

“His custody was granted to my wife after the divorce,” Balbir added.

He said, “My father was not a part of Aam Aadmi Party or Anna Hazare movement. He joined politics in January and directly paid Rs 6 crore directly to Kejriwal and Gopal Rai.

Aam Aadmi Party's West Delhi candidate, Balbir Singh Jakhar's son Uday Jakhar: My father joined politics about 3 months ago, he had paid Arvind Kejriwal Rs 6 crore for a ticket, I have credible evidence that he had paid for this ticket.pic.twitter.com/B04fzc5v3w

“Aametuer politician getting a ticket was surprising. When I asked money for my education, he wasn’t ready to do so. He said he will use the money for his own political benefits. He was ready to use money for bail of Yashpal and Sajjan Kumar (involved in Sikh riot case). He was ready to fight case for them,” he added.

He also said he has credible evidence to prove that his father had paid for this ticket.

He added, “It is my duty to bring upon every single citizen of this nation and to the people of Delhi that what an irresponsible act has been committed by the leaders like Arvind Kejriwal, who bought himself with a clean image but has maligned himself by aligning himself with my father.”

He urged Delhi citizens to vote consciously, think who your leaders are.