India   All India  11 May 2020  Manmohan Singh admitted to AIIMS
India, All India 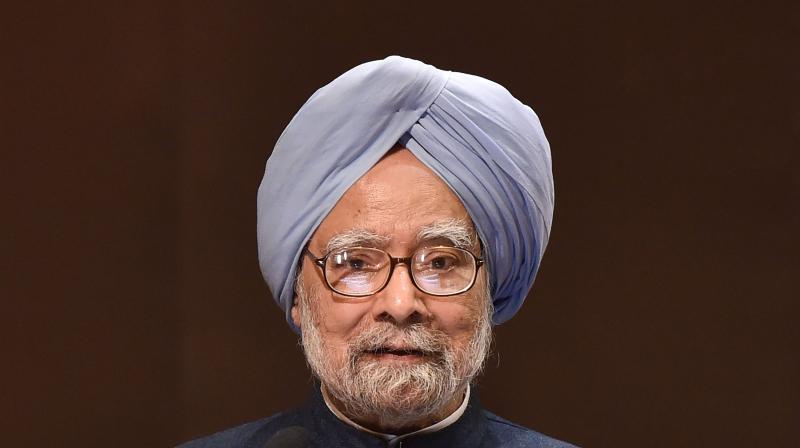 Former prime minister Manmohan Singh has been admitted to AIIMS hospital after he complained of chest pain. (File photo: PTI)

New Delhi: Former prime minister Manmohan Singh was admitted to the All-Indian Institute of Medical Sciences (AIIMS) in New Delhi on Sunday evening after he complained of chest pain and uneasiness, sources said.

Manmohan Singh, 87, is under observation in the cardiothoracic ward of the premier hospital, they said.

"All his parameters are fine. He is under observation at AIIMS," a source close to him said, adding that he was taken to the hospital after he complained of "uneasiness".

He is under the care of Dr Nitish Naik, a professor of cardiology at AIIMS.

The former PM underwent a successful coronary bypass surgery at AIIMS in 2009.

As news of the former PM's hospitalisation came out, a number of leaders expressed concern over his health and wished him a speedy recovery.

Rajasthan chief minister Ashok Gehlot said, "Much worried to know former PM Manmohan Singhji has been admitted to AIIMS. I wish him speedy recovery and pray for his good health and long life."

Senior Congress leader Ahmed Patel tweeted, "Praying for good health of doctor saheb. We are sure he will be fit and fine at the earliest."

RJD leader Lalu Prasad Yadav also tweeted, "Saw the news of Dr Manmohan Singhji being admitted to hospital. My sincere prayers for the speedy recovery of Manmohan Singhji, the humble, intelligent, scholar, true gentleman and one of the best PMs."