India   All India  11 May 2020  Railway operates 468 Shramik special trains till May 11, over 5 lakh migrants ferried
India, All India

While 363 trains have already reached their destination, 105 trains are in transit 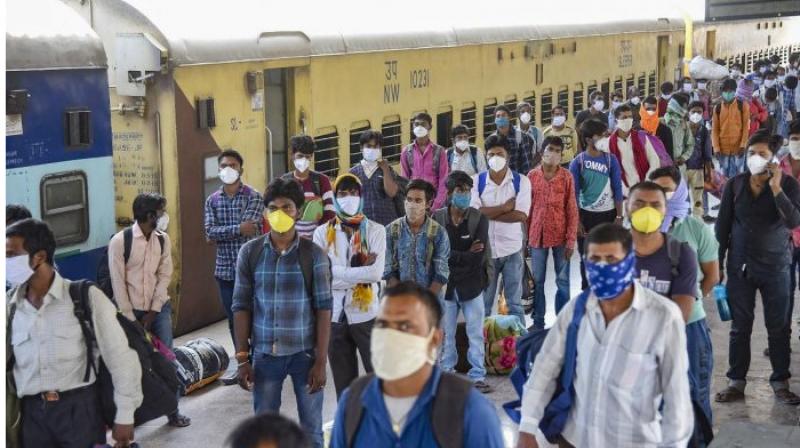 New Delhi: The Indian Railways has operated 468 "Shramik Special" trains since May 1 and ferried home more than 5 lakh migrants stranded in various parts of the country amid the coronavirus-induced lockdown, officials said.

From Monday, these Shramik Special Trains will carry around 1700 passengers each instead of the current 1200 to ferry as many workers home as possible.

Every Shramik Special train has 24 coaches, each with a capacity of 72 seats. Till now, only 54 people were allowed in a coach and the middle berth was not allotted to any passenger to maintain social distancing norms.

While the railways has not yet announced the cost incurred on the special services, the officials indicate that the national transporter has spent around Rs 80 lakh per service.

The government had earlier stated that the cost of the services has been shared on a 85:15 ratio with states.

Since the Shramik Special train service started, Gujarat has remained one of the top originating stations followed by Kerala.Bihar and Uttar Pradesh top the list of receiving states.

Earlier, the railways drew flak from opposition parties for charging for these services.

In its guidelines, the railways has said the trains will ply only if they have 90 per cent occupancy and the "states should collect the ticket fare".