India   All India  11 May 2020  Scuffles at two points along India-China LAC settled after local talks
India, All India 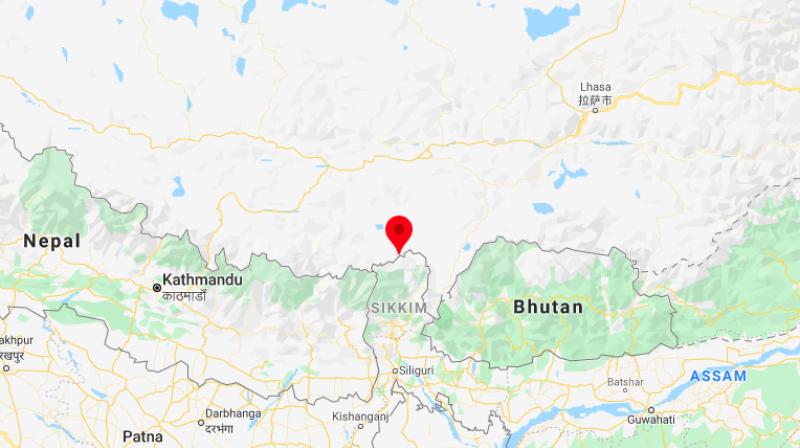 The Naku La Pass in northern Sikkim where about 150 Indian and Chinese soldiers were involved in a clash.

New Delhi: The Line of Actual Control (LAC) has flared up in the past week, with skirmishes reported between Indian and Chinese soldiers in Sikkim and Ladakh, injuring troops on both sides.

In both incidents, aggressive patrol parties of China’s People’s Liberation Army were stopped by Indian troops. The Indian and Chinese troops were engaged in a fistfight on Saturday at Naku La in north Sikkim, which resulted in injuries to several soldiers on both sides. There are also reports of stone-pelting by both sides.

“Aggressive behaviour by the two sides resulted in minor injuries to troops. The two sides disengaged after a dialogue and interaction at the local level,” a senior Army officer said. He clarified the issue was resolved mutually as per established protocols.

“Temporary and short duration face-offs between border guarding troops do occur as the boundaries are not resolved,” the officer added.

Sources said that a fistfight and stone-pelting also occurred on the northern bank of Pangong Tso lake in eastern Ladakh on the intervening night of May 5-6. The issue was resolved through a dialogue between the local commanders.

In both incidents 150-200 troops were involved, said sources. After the incident, more troops have been rushed to the Ladakh sector. There were also reports of skirmishes between Indian and Chinese troops on Sunday morning in Ladakh, but the Army denied any such incident had taken place.

The fistfight and stone-pelting between the two armies occurred after a long gap, even though there were many times when soldiers from both sides came face to face last year.

Chinese troops have become aggressive at the LAC as the world is busy tackling the coronavirus pandemic, which originated in China’s Wuhan. Sources said it has to be seen if there is a change in strategy by the Chinese side to increase tensions at the LAC.

In 2017, Indian and Chinese soldiers were locked in a 73-day standoff in Doklam after the Indian side stopped the construction of a road in the disputed area by the Chinese Army.

PM Narendra Modi and China’s president Xi Jinping had held an informal summit in April 2018 in Wuhan to improve ties between the two countries. A number of steps to be followed by both armies, when border patrols are face to face at the LAC, were decided, including that soldiers from either side would not point guns towards the other.