Government defends move, says it is to incentivise vaccine makers 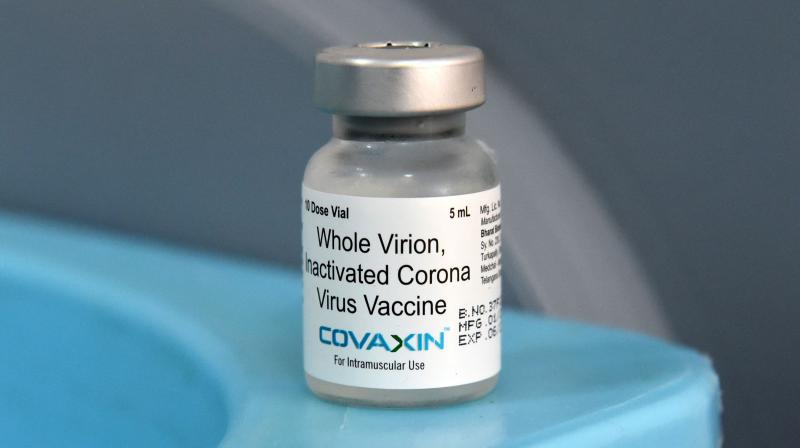 Any overzealous, though well-meaning judicial intervention may lead to unforeseen and unintended consequences in absence of any expert advice, the Centre told the top court. — AFP

New Delhi: The Centre has justified differential Covid vaccine pricing, telling the Supreme Court that the three-slab “liberalised, market driven” rates for the Centre, states and private hospitals will incentivise demand, lead to higher production, competition and attract overseas investors. While it did not explain why the Centre was procuring the vaccines at one rate and states have to buy the same vaccines for double or more, it emphasised that citizens of all age groups will get free vaccination throughout the country.

The Centre also told the Supreme Court in no uncertain terms to stay away from the vaccination issue that squarely falls within the executive domain, adding that judicial intervention may have serious consequences.

Standing firm on the differential pricing of the two vaccines it has negotiated, the Centre told the top court in an affidavit submitted late on Sunday that differential pricing would “incentivised demand for the private vaccine manufacturers” and added that its vaccination policy — response and strategy — is completely driven by expert medical and scientific opinion, leaving little room for judicial interference.

“Any overzealous, though well-meaning judicial intervention may lead to unforeseen and unintended consequences in absence of any expert advice,” the Centre told the top court, adding that in such a “grave and unprecedented” crisis, the “wisdom of the executive should be trusted”.

In its April 30, 2021, judgment, the Supreme Court had asked the government to revisit differential pricing of the Covid vaccines it had negotiated. It had also asked the Centre to opt for centralised procurement and decentralised distribution of Covid vaccine while noting that the existing policy, which burdens states to individually source the vaccine, may lead to chaotic situations.

The Serum Institute on India, which is producing Covishield, is selling it to the Central government for Rs 150 a shot. But state governments are paying Rs 300 a shot, and private hospitals Rs 600 a shot.

Bharat Biotech, which is also selling each shot of Covaxin to the Centre for Rs 150, is charging state governments ₹400 for a dose, while private hospitals have to pay Rs  1,200 for each dose.

In its 218-page affidavit, including annexures, the Centre has said that differential pricing will not impact people in the age group of 18-44 as all of them will be vaccinated free of cost.

“…while it is ensured that the two vaccine manufacturers are not unduly enriched from out of public money, the citizens are not supposed to make any payment for getting both doses of the vaccine,” the Centre said in its affidavit.

It also told the court that in its “informal consultations” with vaccine manufacturers it “ensured that the price of vaccine is uniform for all the states so as to avoid any disparity resulting from one state ending up buying the vaccine at a higher price than the other.” It added that based on the number of persons in the 18-44 age group in each state, the Centre has fixed the limit of the vaccines that each state can procure.

The Centre also told the court that those who choose and can “pay the price, can go to private hospitals” to be vaccinated. Vaccination through the private sector would facilitate better access and will reduce the operational stress on the government vaccination facilities, it said.

While ruling out door-to-door vaccination as not feasible, the Centre also declined to project the availability of vaccines for the next six months. It said that everything would depend on the successful augmentation in existing manufacturing capacity by two vaccine manufacturers by July and procurement of other vaccines from other countries and its quantity.

In its affidavit, the Centre also addressed the issue of the allocation of Remdesivir injection to states/Union Territories, pricing of essential drugs, their sale on inflated prices and fakes.