The IMD has advised fishermen to not venture into Arabian Sea and asked those in deep-sea areas to return to the coast. 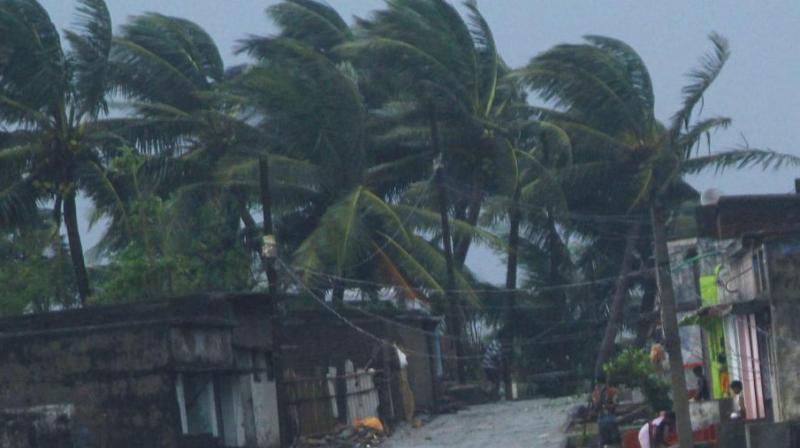 The wind speeds will also increase over the next three days. (Photo: PTI)

“The deep depression is currently away from the coast and travelling north-northwestwards. It is being closely monitored by IMD and might make landfall in Gujarat, but even if it does not, it is close enough to the landmass that the impact of cyclone will be felt along the Western coast,” said Dr K Sathi Devi, a scientist at the IMD.

The India Meteorological Department has issued a warning of heavy rains and high winds at a speed of over 110 kilometres on June 13 and 14 in coastal areas of Saurashtra and Kutch.  The Gujarat government is on high alert.

It deployed National Disaster Response Force personnel in the coastal areas of Saurashtra and Kutch on Tuesday morning. It has advised fishermen to not venture into Arabian Sea and asked those in deep-sea areas to return to the coast.