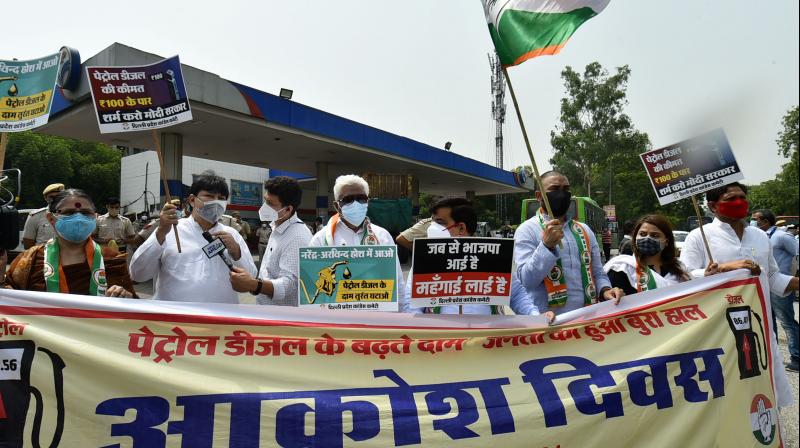 All India Congress Committee (AICC) and Delhi Congress protest against frequent hikes in the prices of petrol and diesel, and demand roll back of the prices at Feroz Shah Kotla Stadium Petrol Pump in New Delhi. (Photo: PTI)

Venugopal said that under the UPA government, the tax on petrol and diesel stood at Rs 9.20. Now, it is Rs 32.

"The government should stop imposing excise duty on petrol and diesel. It should come under the purview of Goods and Services Tax. We demand a complete rollback of fuel price hike," Venugopal, who is the Congress general secretary, said.

Party leaders said protests are being held at petrol pumps across the county by local units in compliance with COVID-19 protocols.

Sri Ganganagar district in Rajasthan has the costliest fuel in the country with petrol priced at Rs 106.94 a litre and diesel at Rs 99.80.