The Congress Party initially did not disclose that there had been such a meeting. 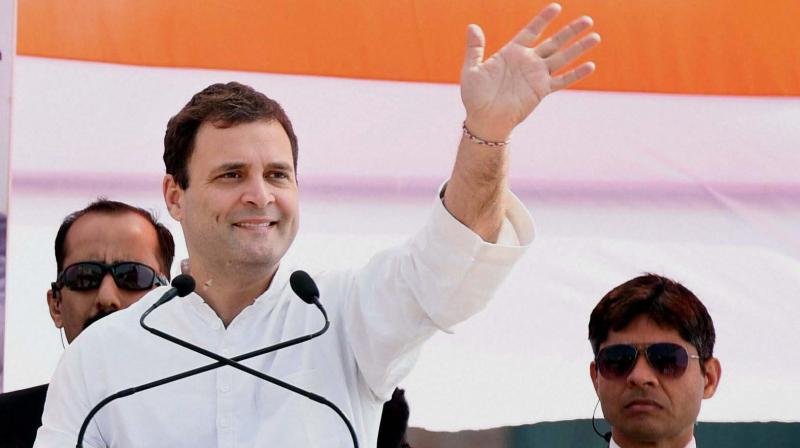 New Delhi: Congress vice-president Rahul Gandhi landed in a major political controversy on Monday when it turned out that he had quietly met Chinese ambassador Luo Zhaohui last Saturday (July 9), a day after Mr Gandhi had criticised Prime Minister Narendra Modi for his “silence” on China amid the faceoff between the armies of the two nations in the Doklam area of Bhutan, which China covets. The Congress Party initially did not disclose that there had been such a meeting. The cat was let out of the bag unwittingly by the Chinese embassy, which posted a message on its website briefly that a meeting had taken place on July 8, only to remove it subsequently. But it was too late by then, as journalists had already taken screenshots of the embassy website. As political pressure mounted, an embarrassed Congress, which obviously did not want to publicise the meeting for some reason, had to finally acknowledge that it had taken place. The party then chose to downplay it, terming it a “courtesy call”, and pointed out that Mr Gandhi had met the Bhutanese ambassador as well. Mr Gandhi then took to Twitter to launch a frontal attack on the government, saying it was his “job to be informed on critical issues”, and also asking the government why three ministers had visited China recently, and questioning Mr Modi’s move to sit on a swing with Chinese President Xi Jinping in Ahmedabad in 2014 during the latter’s visit to India.

“It is my job to be informed on critical issues. I met the Chinese ambassador, ex-NSA (Shiv Shankar Menon), Congress leaders from the Northeast & the Bhutanese ambassador. If the government is so concerned about me meeting an ambassador, they should explain why three ministers are availing Chinese hospitality while the border issue is on. And for the record, I am not the guy sitting on the swing while a thousand Chinese troops had physically entered India,” Mr Gandhi hit out, referring to a picture of Mr Modi sitting with the Chinese President on a swing in Ahmedabad while a transgression by Chinese troops had taken place. “Why is our Prime Minister silent on China?” Mr Gandhi had tweeted July 7, reportedly a day before meeting the Chinese envoy.

“Ambassador Luo Zhaohui met with Rahul Gandhi, vice-chairman (vice-president) of the Congress Party,” the Chinese embassy stated on its website, before reportedly removing it hastily. But there was no word on what was exactly discussed at the meeting.

Downplaying the meetings, Congress spokesman Randeep Surjewala called them “courtesy calls” and said the “envoys of neighbouring countries” met Congress president Sonia Gandhi and vice-president Rahul Gandhi from “time to time”. The spokesman said the party vice-president and other Opposition leaders were “fully aware of national interests” and were concerned about the “grave situation” on the India-China border as well as “the situation arising in Bhutan and Sikkim”.

Mr Gandhi had met Chinese ambassador Luo Zhaohui, Bhutanese ambassador Vetsop Namgyel and former national security adviser Shiv Shankar Menon, he said. But “nobody should try to sensationalise such normal courtesy calls to term them an event like the sources of the ministry of external affairs are attempting to do,” the Congress spokesman said. Mr Surjewala had earlier tweeted that the news about Mr Gandhi meeting the Chinese envoy was “planted” by government agencies through “bhakt channels”.