The school authorities have been given a 48-hour deadline, failing which the permission to run the school could be cancelled. 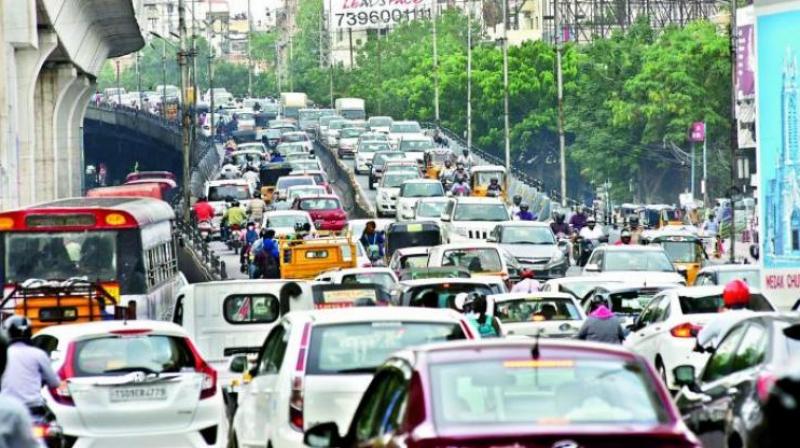 The blockade had led to traffic snarls, causing inconvenience to motorists and pedestrians alike. (Representional Image)

Guwahati: In a move that may have cascading impact over the growing political activities in schools of the state, southern Assam’s Hailakandi district administration has served show-cause notice to a CBSE affiliated private school for allowing its students take part in a road blockade.

The students of Blue Flowers English Medium Higher Secondary School had blocked the road at Hailakandi town’s Rabindra Sarani on Tuesday morning, demanding repairs to the road on which the school is situated.

The chairperson of the district’s Child Welfare Committee on Wednesday, filed an FIR against the principal of the school for violation of children rights and the Juvenile Justice Act.

This was after deputy commissioner Keerthi Jalli late on Tuesday evening, served the show-cause notice asking why “stern action should not be initiated for allowing a large number of minor school students in uniform to resort to road blockade in violation of the Right To Education.”

The school authorities have been given a 48-hour deadline, failing which the permission to run the school could be cancelled.

The blockade had led to traffic snarls, causing inconvenience to motorists and pedestrians alike.

The district administration said that the demonstration was uncalled for, since the Public Works Department had given a written assurance to the school that the road would be repaired by July 31.

It is significant that in April this year, the Hailakandi district administration had asked the Assam Board of Secondary Education to take appropriate action against Oxford School for sending its students in uniform to a political rally at Panchgram. Four other schools in the district  were also issued notices for letting their students attend the rally.