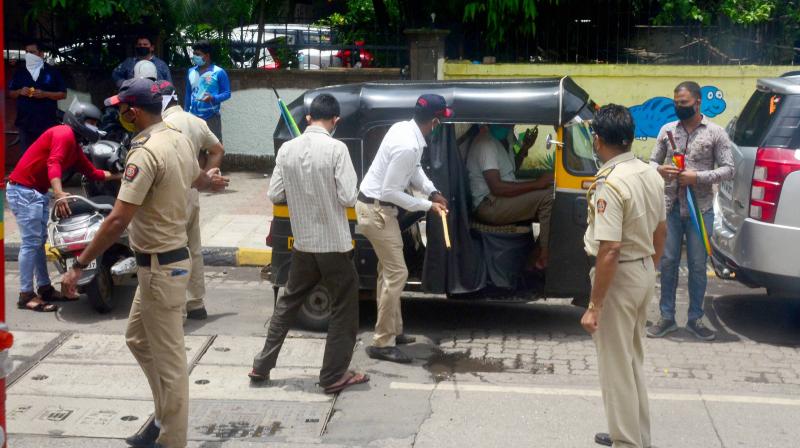 The coronavirus surge continues. On Saturday, the total number of cases crossed the eight lakh mark after a record single-day increase of 27,114 cases, just four days after crossing the seven-lakh post.

The number of cases have continued to rise unabated even as the Union health ministry keeps harping on the increasing percentage of recoveries in India. As per official records, 62.78 per cent of patients have recovered so far.

The total coronavirus cases in the country surged to 8,20,916 on Saturday while the death toll climbed to 22,123 with 519 people succumbing to the disease in 24 hours, the updated data at 8 am showed.

According to Union health ministry data on Saturday, the number of recoveries stands at 5,15,385 while there are 2,83,407 active cases.

This was the eighth consecutive day that COVID-19 cases in the country increased by more than 22,000.

It took 110 days for the number of cases in the country to reach one lakh but just 53 days more to race past the eight-lakh mark. It took 64 days for COVID-19 cases in India to rise above one lakh from 100, and another fortnight to cross two lakh on June 3. It took 10 days for the tally to touch the three lakh-mark and another eight days for the cases to climb above four lakh on June 21. In another six days, the total tally raced past the five-lakh mark. Then it took 10 days to cross seven lakh.

Of the 519 new deaths reported on Saturday, 226 were from Maharashtra, 64 from Tamil Nadu, 57 from Karnataka, 42 from Delhi, 27 from Uttar Pradesh and 26 from West Bengal. Andhra Pradesh reported 15 fatalities, Gujarat 14, Telangana eight and Rajasthan six.

Assam, and Jammu and Kashmir reported five deaths each, followed by Bihar, Madhya Pradesh, Odisha and Punjab with four deaths each, Haryana and Puducherry three fatalities each while two persons succumbed to the viral infection in Chhattisgarh.

The union health ministry said the fatality rate has declined to 2.72 per cent in India now and some 30 states and UTs have fatality rate lesser than national average.

“At the national level, the Case Fatality Rate has declined to 2.72%. This is lower than the Fatality Rates observed in many other countries in the world. The focus of COVID-19 management in the country has been to keep the fatalities low. With the support and guidance of the Centre, the States/UTs have taken many steps in this regard like mapping of the communities to focus on the high risk group like the elderly/aged and population with co-morbidities, and providing special care to them,” health ministry officials said.