Sources said that status quo has been maintained at the LAC after the completion of the first phase of disengagement. 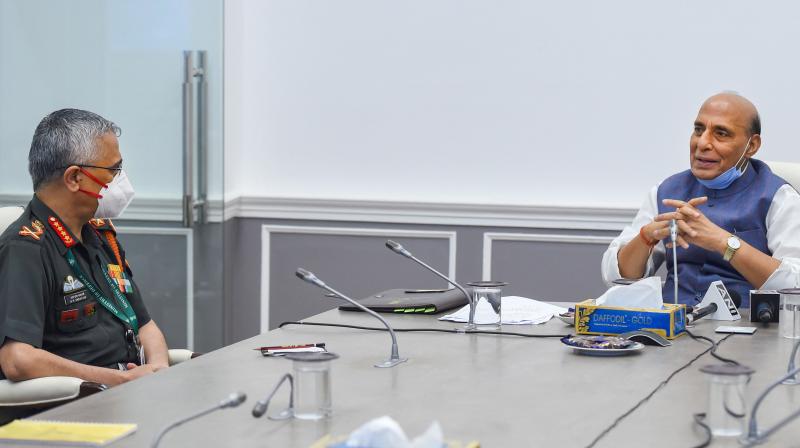 New Delhi: Defence minister Rajnath Singh on Friday reviewed the situation in Ladakh with top military brass as Indian and Chinese troops completed their initial phase of disengagement by moving out of the flash points at the Line of Actual Control (LAC).

General Naravane gave a detailed account of the implementation of the first phase of mutual disengagement of troops from Galwan Valley, Gogra, Hot Springs and Finger 4 areas in Pangong Tso. He gave details about the measures taken by the Indian Army to prevent any aggression by the Chinese troops.

Sources said that status quo has been maintained at the LAC after the completion of the first phase of disengagement and further movement of troops will depend on the outcome of the Corps Commanders meeting between India and China next week.

While Indian and Chinese troops have moved slightly away from flash-points, the bigger concern is the presence of a large number of troops from both sides with heavy weapons, including artillery and tanks, in the forward areas along the LAC in Ladakh. Till these troops move from the LAC to their peace-time locations, tension between India and China will remain high.

On Friday, Singh also held a telephonic conversation with his US counterpart, Mark T Esper, during which India’s standoff with China in Ladakh and the overall security scenario in the region was discussed.