The ambassador also reiterated that “China will firmly safeguard its sovereignty and territorial integrity". 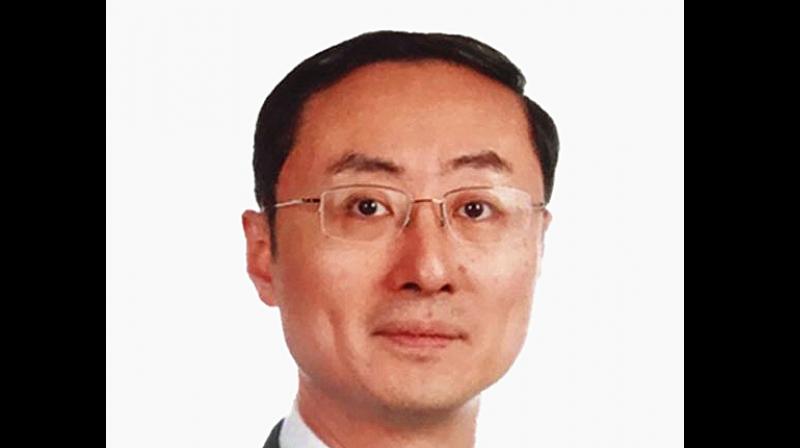 New Delhi: Reaching out to India in a long video address that indicates a considerable softening of stand by Beijing, Chinese Ambassador Sun Weidong on Friday said that China is “neither a warlike state nor an assertive country” and that both countries should be partners, maintain peace, build trust and have “win-win cooperation” instead of rivalry, confrontation, suspicions and a “zero-sum game”. He also warned that any move to boycott Chinese goods or throw out Chinese companies would only end up economically hurting India instead.

Admitting that Sino-Indian ties are currently “facing a complex situation”, the Chinese envoy said both countries should together “overcome and turn it around as soon as possible” by “meeting each other half way, by being open and inclusive, by respecting and accommodate mutual core interests and major concerns, ... not imposing one's will on the other and adhering to the principle of non-interference in each other's internal affairs”.

Sun also said both sides “should honour our commitment, walk the talk, and ensure implementation of the leaders' consensus in letter and in spirit” to “be able to address challenges we are facing and bring the bilateral relations back on the right track”. Sounding a note of caution, he said this was the only way in which both nations can avoid any strategic miscalculation. The term is broadly seen as a Chinese euphemism for any military conflict that Beijing sees as being initiated by India.

Nevertheless, the Chinese envoy reiterated his country’s foreign ministry’s recent views that “the right and wrong of what recently happened at the Galwan Valley is very clear” and that “China will firmly safeguard its sovereignty and territorial integrity, and ensure the peace and tranquility in the border areas”. It may be recalled that both nations have accused each other of being responsible for the deadly clash between troops of both sides at the Galwan valley in the Ladakh sector in mid-June which saw bilateral ties sharply deteriorating. In a veiled warning to each other, both nations have also vowed to safeguard their territorial integrity.

“I have noticed some emerging opinions in recent days which repudiate the essence of China-India friendship due to the border-related incidents, make false assumptions about China's intentions, exaggerate conflicts and provoke confrontations, and regard a close neighbour over thousands of years as ‘enemies’ and ‘strategic threats’. It is not the fact. It is harmful indeed and not helpful,” the Chinese Ambassador observed.

The envoy advised that both countries should put their differences in "an appropriate place" and not allow them to interfere with bilateral relations.

In what is being seen as a veiled reference to the United States, China apparently termed Washington as a disrutor and foe. Sun said, "At the backdrop of what recently happened at the Galwan Valley, some quarters in India raise doubts about the consensus reached by the two leaders, and have wrong perception of the direction of China-India relations. These have brought disruptions to the bilateral relationship ... Why should we fight against each other that will only hurt those close to us and gladden the foes?".

Sound a warning in an obvious reference to India’s recent action of banning 59 Chinese Apps and the push to boycott Chinese products, the Chinese envoy said that such move would only harm Indian consumers and the economy.

"Some people have been trumpeting the so-called ‘decoupling’ of China-India economic and trade relations, with an attempt to completely exclude ‘Made in China’. One basic fact they ignore is that the current global industrial and supply chains are formed in a process of natural selection by market optimization over the past decades. The business community and people of India are the beneficiaries of China-India economic and trade cooperation. Any self-protection, non-tariff barriers and restrictive measures against China are unfair to Chinese enterprises, unfair to Indian employees who lost their jobs as a result, and unfair to Indian consumers who cannot get access to the products and services they deserve," he said.