Advocate Dube termed it to be a fake and extrajudicial killing. 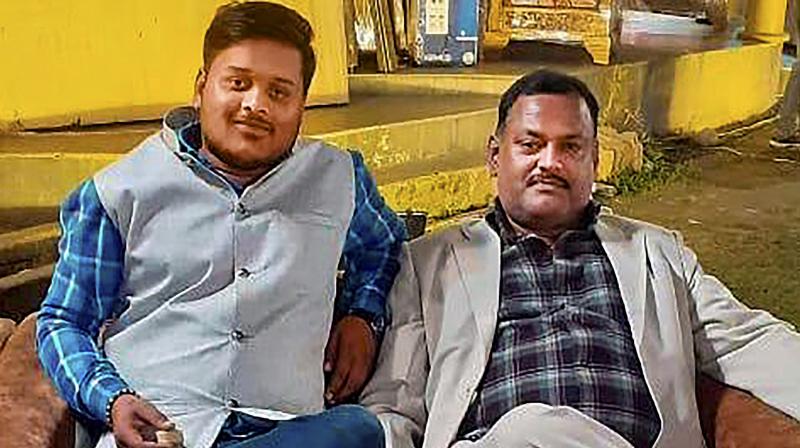 Undated photo shows Vikas Dubey with his close aide Amar Dubey (L) who was killed in an encounter recently. ( PTI)

Mumbai: A Navi Mumbai-based lawyer Atal Bihari Dubey on Friday wrote to the Supreme Court requesting it to take suo moto (on its own) cognisance of gangster Vikas Dubey’s killing and order a CBI investigation into the case. Advocate Dubey said that the encounter killing of Vikas Dubey by Uttar Pradesh was a violation of the fundamental rights guaranteed in the Constitution.

Terming it to be a fake and extrajudicial killing, advocate Dubey demanded judicial review of the encounter. He also requested in his letter that the court should take suo moto cognisance against Uttar Pradesh government and the state police for not following guidelines issued by the apex court.

The letter stated that they had been apprehensive about Vikas Dubey getting killed by Uttar Pradesh police in the same way as the other accused in the Kanpur police murder case. The police, he said, had violated guidelines issued by the court in the PUSL vs State of Maharashtra matter.

"There is no provision in Indian law which gives authority to the police to directly kill accused mercilessly by creating such a scene. The police officers are not above the law and cannot take law into their hands," the complaint read.

The letter added that it was not the duty of a police officer to kill the accused. The police could only arrest the accused and put them up for trial. However, in Vikas  Dubey’s case, the police arrested him and also punished him, the letter noted.

The lawyer said that the Constitution guarantees fair trial to every citizen and the accused shall be punished as per the rule of law. “Vikas Dubey himself surrendered before the Madhya Pradesh Police and he was apprehensive that he might be killed. Therefore he said ‘main Vikas Dubey hu, Kanpur wala’.  This makes it clear that he was not having any intention to flee and he wanted to save himself from a fake encounter,” he said.

Dubey requested the court to direct the Central Bureau of Investigation (CBI) to register an FIR under section 302 (murder) of IPC against the police personnel involved in the encounter and conduct a probe under the supervision of a retired Supreme Court judge.