Although no mainstream party in Punjab is backing the referendum, politicians are blaming each other for covertly sympathising with the SFJ. 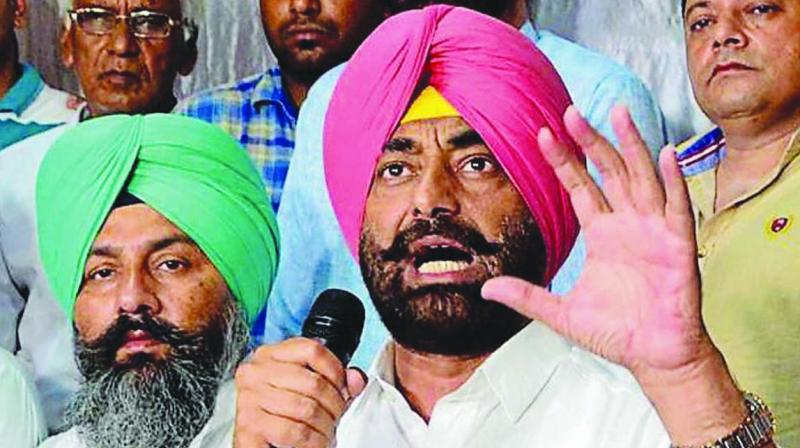 Chandigarh: The US-based pro-Khalistan group Sikhs for Justice (SFJ)’s plan to issue a “London Declaration” for a “referendum” on Punjab’s “independence” at Trafalgar Square on August 12 has stirred up politics in the Punjab even though there is no popular support for Khalistan in the agrarian state.

“Sikh Referendum 2020” is planned by UK-based radical group SFJ in support of a separate Khalistan homeland for the Sikhs outside India. Some recent reports suggest it the has backing of Pakistan’s (ISI).

Although no mainstream party in Punjab is backing the referendum, politicians are blaming each other for covertly sympathising with the SFJ.

First to talk about the Sikh referendum in Punjab was AAP’s leader Sukhpal Singh Khaira, who claimed that it was a result of a “consistent policy of bias, discrimination and persecution towards  Sikhs by successive governments in India”.

Though Mr Khaira clarified that he did not support the referendum, he said giving the Sikhs a “truncated Punjab”, “unfair” distribution of river waters, the 1984 Operation Blue Star military action  inside the Sikhism’s holiest shrine Golden Temple and the anti-Sikh violence of 1984 after Indira Gandhi’s assassination were among the major reasons behind the Sikhs demanding a referendum.

His comments invited criticism and his own party distanced itself from him. This forced Mr Khaira to claim that he was misinterpreted but rival parties did not spare him.

Punjab chief minister Captain Amarinder Singh was the first to condemned Mr Khaira for backing secessionism with his categorical support for “Sikh Referendum 2020”, propounded by Sikh radicals for the creation of Khalistan.

The chief minister said that Punjab and its people had suffered for years due to the secessionist  movement unleashed by the radicals.

Shiromani Akali Dal (SAD) leader and former Cabinet minister Bikram Singh Majithia demanded that appropriate legal action under the anti-sedition laws be taken against the AAP leader Mr Khaira for his open support to the initiatives aimed at dismemberment of the country.

He referred to reported statements of Mr Khaira for supporting the so-called referendum,

Mr Majithia ridiculed Mr Khaira’s attempts to link the so-called referendum to genuine Sikh grievances, saying that “Mr Khaira has spent 23 of his 25 years in politics with the Congress party. All this while, which was much closer to the tragic events of 1984 than now, he has stood by the very people who are responsible for discrimination against the Sikhs for which he pretends to seek relief now.”

Not leaving a chance to attack Akali’s on “Sikh Referendum 2020”, Congress MP Ravneet Singh Bittu, grandson of former chief minister Beant Singh, said, “When secessionist elements are raising their ugly head, I stand here in grief not because I lost my grandfather to terrorism in Punjab but because MPs of a certain party (read Akali Dal) are demanding leniency for the killer of the late Punjab chief minister, who was assassinated for backing national unity.”