The team rescued eight people including two old men, one old woman, and a man paralysed below the waist. 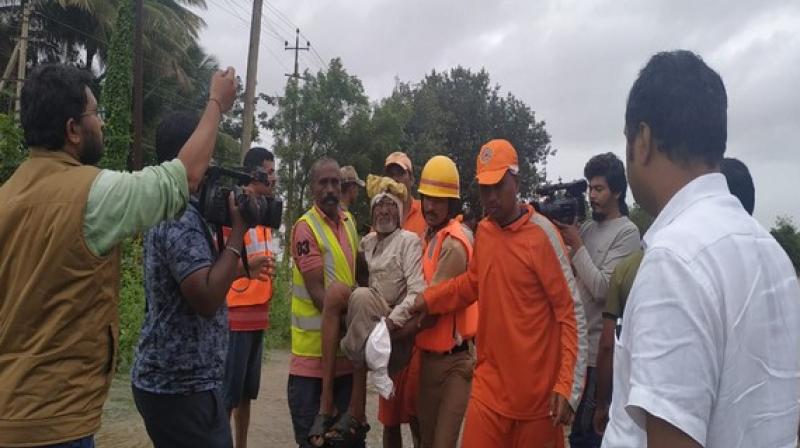 The family was stranded in a village school. (Photo: ANI)

Belagavi: Crossing floodwaters, sugarcane fields, barbed fences, and electric lines, a team of Navy officers covered a distance of more than 20 km to rescue the family of an Army man in Chandur village of Belagavi district, which is hit by massive floods.

In an operation conducted over three hours on Saturday, the team rescued eight people including two old men, one old woman, and a man paralysed below the waist.

The marooned family was stranded in a village school. The team had to cross the Krishna river which had strong currents, and then to navigate through the undulated areas of the village.

Finally, the team was able to make it and get the distressed family along with four more people who required immediate medical attention.

So far, over two lakh people have been evacuated from flood-affected areas and 1.61 lakh people are in 664 relief camps across the state.

All schools and colleges -- government and private -- in affected flood-hit districts will remain closed till August 15.

All Konkan Railway trains were also cancelled after a landslide occurred near Karwar area.