A look at the bill indicated that eggs and omelette were priced at the same amount. 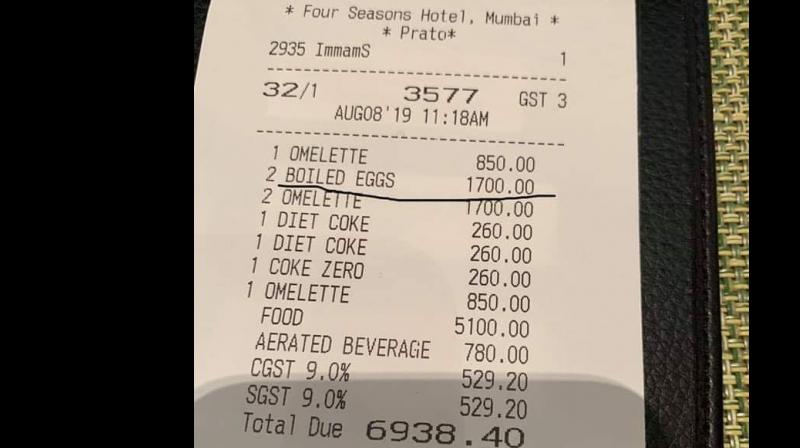 Mumbai: After actor Rahul Bose’s banana controversy that led to J Marriot being fined with Rs 25,000 by the Excise Department for selling bananas at an exorbitant price, it is the time for eggs to grab the headlines.

Author Kartik Dhar has posted his bill with the caption, “2 eggs for Rs 1700 at the @FourSeasons Mumbai”. He tagged actor Rahul Bose and asked, ““Bhai Aandolan Karein (Shall we protest)?”

A look at the bill indicated that eggs and omelette were priced at the same amount.

The hotel hasn’t spoken on the matter yet.

Earlier, The Federation of Hotel and Restaurant Associations of India (FHRAI) had supported Marriott saying the hotel did nothing “illegal”.

The Chandigarh Excise and Taxation Department had served a show-cause notice to the hotel and slapped a Rs 25,000 penalty for levying GST on the two bananas, violating the provisions of its HSN/Chapter 803.