About 4,000 people are being provided food in relief camp while almost 5,000 to 6,000 food packets are being sent to the stranded people. 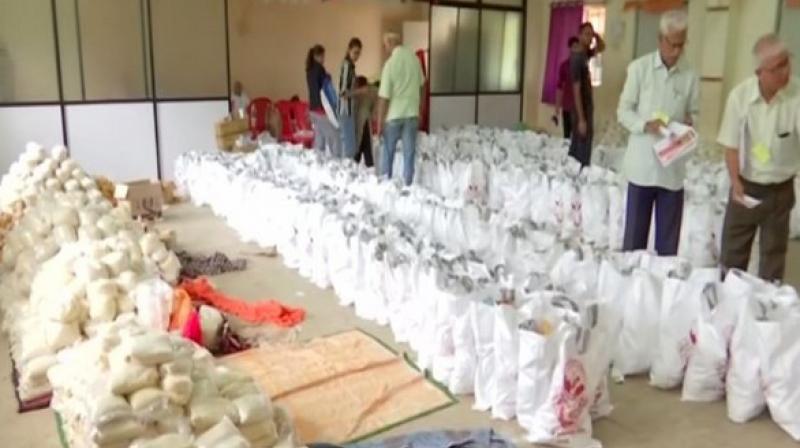 The relief camp is set by RSS is helping people of the flood-affected district. (Photo: ANI)

The relief camp is set by RSS is helping people of the flood-affected district.

About 4,000 people are being provided food in relief camp while almost 5,000 to 6,000 food packets are being sent to the people stranded in various flood-affected villages.

While speaking to ANI, Sunil Kulkarni, in charge of complete relief camp said: "We are working in four ways. Our cadre members are rescuing the stranded people in flood-affected areas, along with the rescue forces. We are also providing fresh food from the kitchen here, to the flood-affected people in other camps."

RSS members across Maharashtra are providing the grocery items and necessary commodities to the RSS cadres in Sangli district.

A team of almost 40 doctors is actively providing medicines and health-related help.

Apart from this, they are also packing the grocery material for people including pulses, wheat, oil, and rice, which will be provided to the flood-affected people that can help them for three to four days. The help is collected from all RSS cadres of Maharashtra.