With this move, around 55,000 new environmental friendly species are likely to be planted this year. 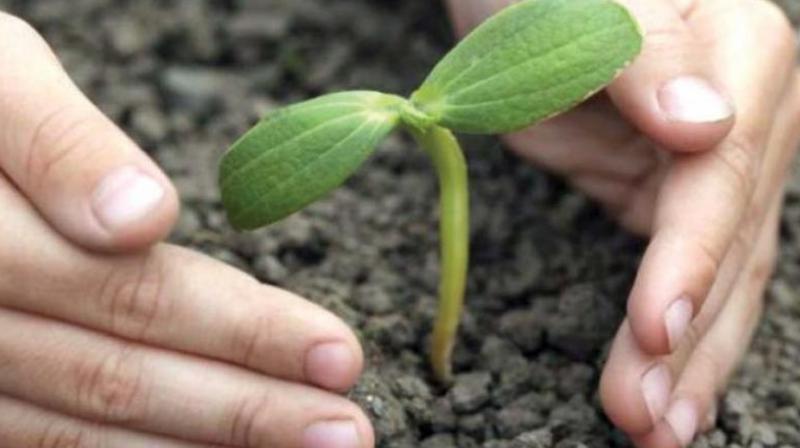 The DSGMC has launched a mega drive to plant one lakh trees at all gurdwaras and Sikh educational institutions, president of the committee Manjinder Singh Sirsa said. (Photo: File / Representational)

The DSGMC has launched a mega drive to plant one lakh trees at all gurdwaras and Sikh educational institutions, president of the committee Manjinder Singh Sirsa said.

"It is mandatory for all fresh students at nine colleges affiliated to the Delhi University, managed by the Committee, to plant 10 trees from the current academic session to celebrate Guru Nanak Dev's love for nature," Sirsa said.

This is for encouraging the Sikh community to protect planet earth from threats posed by climate change and global warming.

With this move, around 55,000 new environmental friendly species are likely to be planted this year by fresher students who got admission in the nine colleges, he said.

The tree plantation work done by students will be treated as their college project and the marks scored by them would be included in annual result.

The students will have to submit reports highlighting the status of trees planted by them accompanied with photographs on an annual basis, Sirsa said.

The DSGMC has also asked Sikh students to ensure rainwater harvesting arrangements at their houses and submit a report with photographs to the principal concerned.

This is aimed at developing environmental activism among younger generations of the community.

The DSGMC will start distributing free saplings of plants and trees mentioned in the Gurbani such as Neem and Ber along with others species beneficial for the environment from Sikh shrines, Sirsa said.

"About two lakh saplings of fruit-bearing tree species and those that  absorb air pollutants like mango, amla, jamun, gulmohar, neem and Ber will be distributed among gurdwara devotees as 'prasad' to promote environment protection and a sustainable ecosystem in the national capital ."

The committee organises  afforestation drive on Gurpurab (birth anniversary of Sikh Gurus) by distributing free tree saplings and also conducts tree plantations in 29 education institutions run by it and other places connected with Sikh religion making the occasion memorable.

In the past five years over two lakh saplings were planted through these efforts, he added.