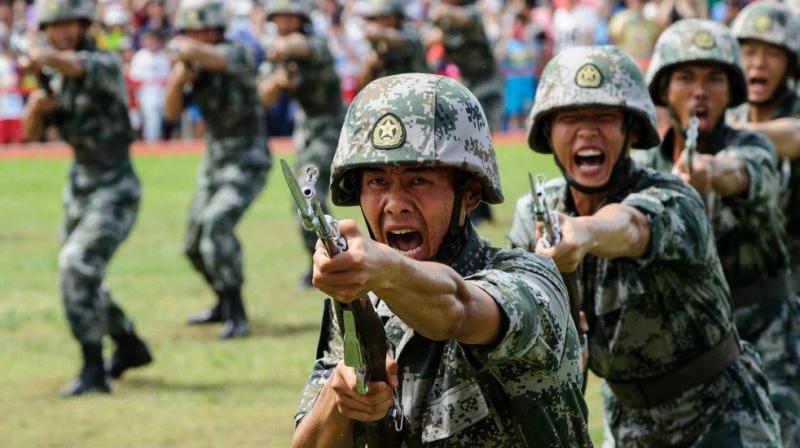 Guwahati: In what has created a sensation in the security circle, former Congress MP and present MLA from Pasighat Ninong Ering claimed that China was trying to recruit youths from Arunachal Pradesh in the Chinese People’s Liberation Army (PLA).

In a video message posted on social media, Mr Ering said, “According to the information we have received so far, the Chinese PLA is trying to recruit youths from Tibet as well as Arunachal Pradesh. It is a matter of grave concern.”

Asking the union ministry of defence and home to take up the matter seriously, Mr Ering said that the people belonging to Nishi, Adi, Mishimi, Idu communities living along the China border have some affinities with the people of the Lhoba community of China.

“There is a similarity between the language spoken by the people of Lhoba community and the people of Arunachal Pradesh living along the border areas. But this does not necessarily mean that they would like to join the Chinese PLA,” he said while pointing out that he was confident that Indian Army was competent to foil such a design of China.

He argued that the way China was constructing houses at Bisa and building roads in Gehling and Anini, one cannot rule out that the border residents of Arunachal Pradesh would not be influenced by the development across the border in China.

Mr Ering who advocated the necessity of counter-steps by India to foil such designs of China, asked the defence ministry to start recruiting Arunachal Pradesh youths in different forces to guard the international border with China.

Veteran leader of the frontier state also appealed to Chinese counterpart to refrain from indulging in such misdemeanours as Arunachal Pradesh is an indivisible part of India and will remain so in future too.

Pointing out that Arunachal Pradesh shares a 1,126 km border with China, Mr Ering said that he was also going to write a letter to the external affairs ministry to draw their attention to the issue.

When contacted the security agencies were tight-lipped about the issue and refused to make any comment on Mr Ering’s remark.