India   All India  11 Sep 2020  Rajnath Singh takes stock of situation along LAC in meeting with service chiefs
India, All India 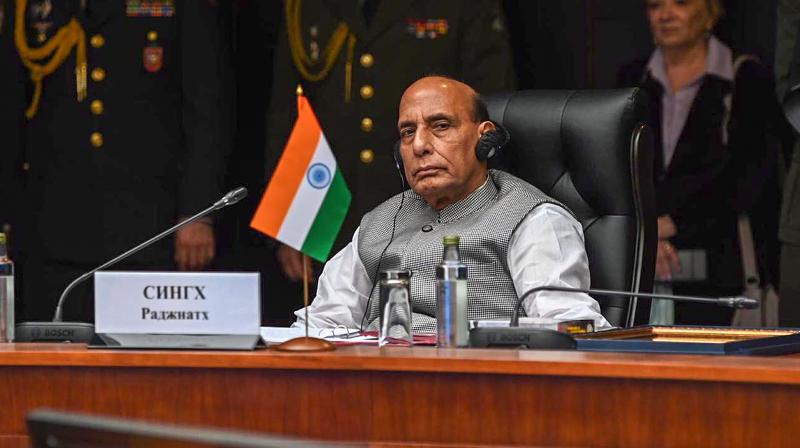 New Delhi: Defence minister Rajnath Singh on Friday held a two-hour-long meeting with Chief of Defence Staff General Bipin Rawat and the three service chiefs to discuss the situation along the Line of Actual Control with China.

National security adviser Ajit Doval is also reported to have attended the high-level meet that discussed in detail the outcome of the talks between external affairs minister S Jaishankar and China foreign minister Wang Yi in Moscow on Thursday and how to follow it up at the military level.

Another meeting of the two corps commanders is likely to be held next week in Ladakh to try and de-escalate tensions. The issues to be taken up in the military dialogue were also discussed. This will be the sixth corps commanders’ meeting between India and China after the standoff began between the two sides in Ladakh in early May. Singh had also met his Chinese counterpart Gen. Wei Fenghe in Moscow last week.

Meanwhile, another round of brigadier-level talks were held between India and China in the Chushul sector on Friday. It started around 11 am and ended at 3 pm. The situation remains tense in Ladakh and the Army is still on high alert.

Union minister and Arunachal Pradesh MP Kiren Rijiju said Friday that the Chinese PLA had confirmed to the Indian Army it would hand over the “missing” Arunachal Pradesh youths to India. The handover is likely to take place anytime on Saturday, he said. It is expected the Indians will be handed over at Wacha, near Kibithu border personnel meeting point.