India   All India  11 Sep 2021  Marriages can be registered in virtual presence of parties, rules Delhi HC
India, All India

Marriages can be registered in virtual presence of parties, rules Delhi HC 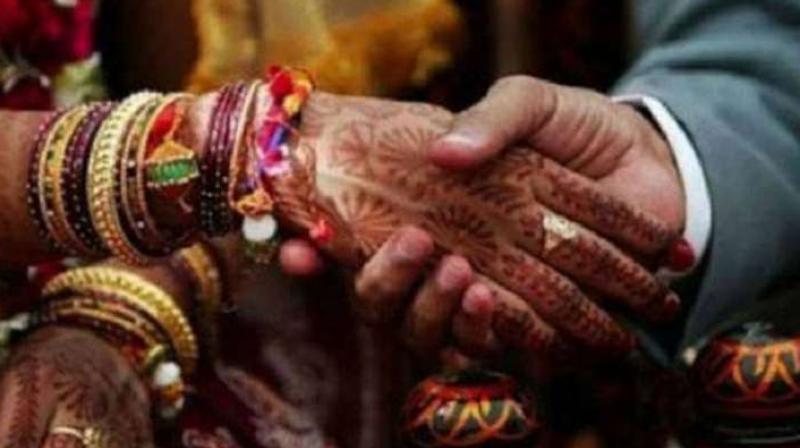 Justice Rekha Palli opined that not treating physical presence as a mandatory requirement would also encourages parties to easily get their marriages registered. (Representational image: PTI)

New Delhi: Marriages can be registered in the virtual presence of parties, the Delhi High Court has ruled, saying that in the present times, citizens cannot be prevented from exercising their rights because of a rigid interpretation of law which calls for "personal presence".

Hearing a plea by a US-based Indian couple seeking to register their marriage here through video conferencing, Justice Rekha Palli opined that not treating physical presence as a mandatory requirement would also encourages parties to easily get their marriages registered.

"I have no hesitation in coming to the conclusion that the term 'personal appearance' in Clause 4 of the Registration Order has to be read to include presence secured through Video Conferencing. Any other interpretation, would not only frustrate the very purpose of this beneficial legislation, but, it would also undermine the use of this important and easily accessible tool of Video Conferencing," the judge said in her order dated September 9.

She said the Delhi (Compulsory Registration of Marriage) Order, 2014 is welfare legislation, promulgated at the instance the Supreme Court to encourage the registration of marriages.

"The insistence of physical appearance even when their personal appearance can be easily secured through video conferencing, will definitely make it more cumbersome for parties to come forward for the registration of marriages. This will negate the very purpose of enactment of the Registration Order and cannot be permitted," the order further reads.

The court allowed the couple to mark their "personal appearance" before the Registering Authority through video conferencing after submitting their application for the registration of marriage through their counsel/Power of Attorney Holder in physical form alongwith copies of all supporting documents duly notarized, either by the notary public in the United States of America or by a notary public here.

The Authority will then expeditiously register the marriage and issue the Marriage Registration Certificate within a period of two weeks' from the date of receipt of the application, the court added.

In the present case, the couple claimed that their marriage was solemnised in 2001 as per Hindu rituals, but they did not get the same registered as they moved abroad prior to the introduction of the Delhi (Compulsory Registration of Marriage) Order, 2014.

The couple, represented through senior counsel Vibha Datta Makhija, moved the high court after their representation to the authority concerned for virtual appearance remained unanswered.

The court observed that while the "universe has undergone a sea change" since the time when the Registration Order was notified, the Registering Authority was "refusing to recognize the reality that with the technology as is available today, web portals and Video Conferencing have become almost the norm".

Acknowledging the acceptance of video conferencing even in the judicial system in this country, the court said that "these aspects appear to have been simply overlooked by the Registering Authority, who is continuing to insist on that the parties must remain present physically before him".

"I am of the view that, in times such as these, when technology has proven to be the bridge that ensured uninterrupted communication, widespread dissemination of information in public interest and the smooth functioning of society, the Court cannot allow a rigid interpretation of the statute to prevent citizens from exercising their rights," the judge said.