China asks India: Let’s take on US jointly over trade

Beijing also said the US was interfering in the internal affairs of both China and India using issues like human rights and religious matters. 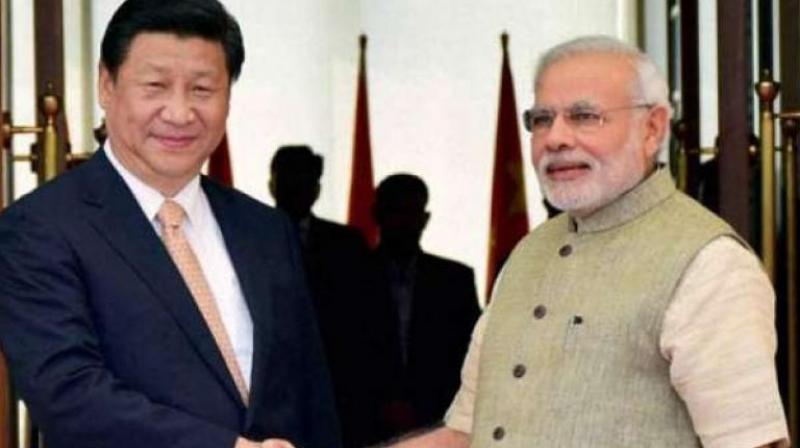 The statement is seen as an attempt to wean India away from American influence as China is extremely wary of US intentions in the Indo-Pacific region. (Photo: PTI)

New Delhi: Lashing out at the United States over “its misguided comments and actions which harm China’s core interests”, Beijing — in a statement issued by its New Delhi embassy — sought to make common cause with India on Wednesday in fighting global trade protectionism, saying this practice would “affect China’s economic development (and) also undermine the external environment of India and hinder India’s booming economy”.

Beijing also said the US was interfering in the internal affairs of both China and India using issues like human rights and religious matters. Angered by what it termed “attempts to use the so-called Indo-Pacific strategy as a tool to counter China”, Beijing blasted the US and said “the so-called ‘militarisation’ of the South China Sea by China is distortion of facts”, adding the “US should stop making trouble and creating tensions, and respect the efforts of relevant parties to resolve problems through negotiation and consultation”. In a thinly-veiled reference to recent controversies over its Belt and Road Initiative (BRI) and the economic impact on some South Asian nations like Pakistan, the Maldives and Sri Lanka, Beijing also said the “allegation that China has put some developing countries into a ‘debt trap’ is nothing but an attempt to sow discord”.

The timing of the statement is seen by observers as extremely significant, given that it comes in the wake of a growing trade showdown between the United States under President Donald Trump and China, which has concerned Beijing deeply. Recent reports about the new Pakistan government under Prime Minister Imran Khan being wary about mounting debts owed to China due to BRI and the China-Pakistan Economic Corridor (CPEC) also seem to have worried Beijing. Finally, the statement is seen as an attempt to wean India away from American influence as China is extremely wary of US intentions in the Indo-Pacific region. Beijing is also keenly watching the emergence of the proposed “Quadrilateral” involving the US, India, Japan and Australia. Beijing also seems to be hoping that with US President Donald Trump making recent unpleasant references to trade tariffs in India, New Delhi and Beijing can find common cause to take on the economic might of the US. While the target of China’s ire in this statement is the US, Beijing’s warnings on trade are also being seen as significant as Indian security agencies too have been closely monitoring the entry of Chinese companies in sectors that are important to India’s strategic security.

In a statement on Wednesday, Chinese embassy spokesperson and counsellor Ji Rong said: “The trade friction between China and the US has drawn widespread attention recently... Under the current circumstances, China and India need to deepen their cooperation to fight trade protectionism. As the two largest developing countries and major emerging markets, China and India are both in the vital stage of deepening reform and developing economy, and both need a stable external environment. Practicing unilateral trade protectionism in the name of ‘national security’ and ‘fair trade’ will not only affect China’s economic development, but also undermine the external environment of India and hinder India’s booming economy.”

Speaking of Sino-Indian cooperation, the spokesperson said: “China and India share common interests in defending the multilateral trading system and free trade. President Xi Jinping and Prime Minister Narendra Modi spoke with one voice to safeguard the multilateral trading system and free trade at the World Economic Forum in Davos. This year, the two sides jointly participated in publishing the ‘Qingdao Declaration’ and the 10th Brics summit’s Johannesburg Declaration, sending a clear message against protectionism. Facing unilateralism and bullying activities, China and India have more reasons to join efforts to build a more just and reasonable international order.”