Rainfall ranging from 2 cm to 26 cm was recorded in several districts even as road network was vastly affected. 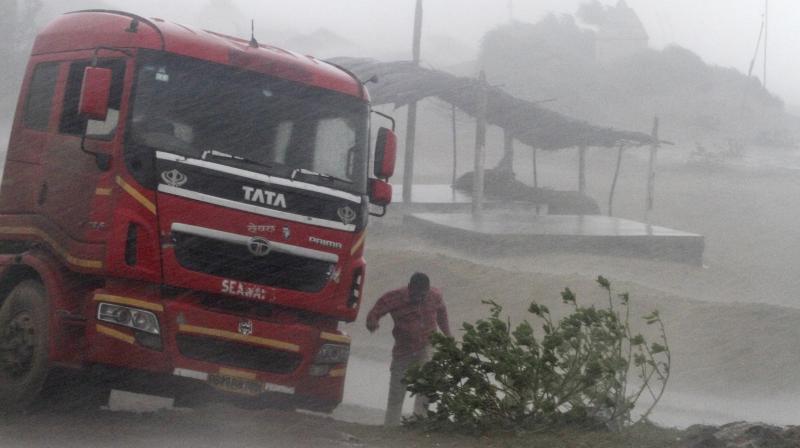 According to a report, officials said there were reports of trees, electric poles getting uprooted and damages to ‘kuchha’ houses. (Photo: AP)

Scores of trees and power poles were uprooted as heavy rains lashed Srikakulam district under the influence of the storm, the SDMA said.

Rainfall ranging from 2 cm to 26 cm was recorded in several mandals of the district even as road communication network was vastly affected.

Transport Minister K Atchannaidu, who hails from Srikakulam, visited the affected mandals and is monitoring the situation.

Chief Minister N Chandrababu Naidu conducted a teleconference with district authorities and instructed them to remain on high alert.

"Every hour from now on is very crucial. The focus should be on relief measures and restoration of the communication network. Care should be taken to prevent the spread of communicable diseases," Naidu said.

NDRF and SDRF teams have been deployed in Srikakulam and neighbouring Vizianagaram districts to take up rescue and relief operations.

The SDMA has set up a toll-free telephone no. 18004250101 at its Emergency Operations Centre to assist people in distress, while control rooms have been opened in the three north coastal districts.