The meeting is a follow up to the inaugural summit which was held in Wuhan from April 27 to 28 last year. 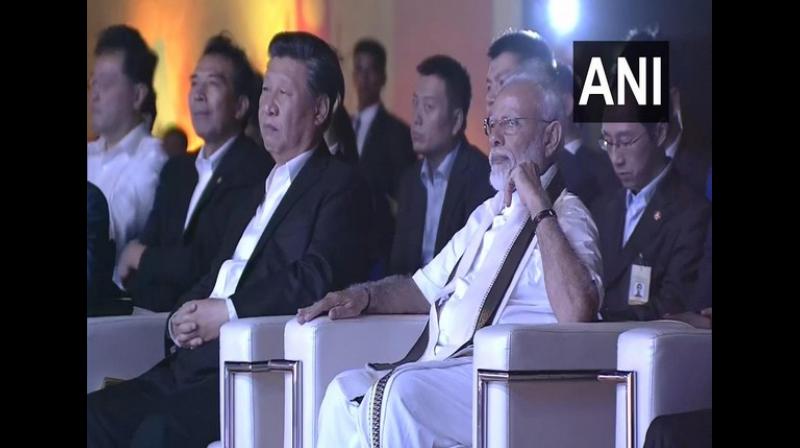 Mamallapuram: A Tamil song hailing peace and Mahatma Gandhi was sung to the accompaniment of traditional dance at a cultural event here as part of the ongoing India China meet and it is seen as a hint to the government's stand that it stood for peace.

After taking Chinese President Xi Jinping on a guided tour of monuments including Arjuna's Penance, Prime Minister Narendra Modi along with the foreign leader arrived at the coastal town's Shore Temple complex and he was explained its historic significance.

Later, both the leaders and delegates sat for a cultural event organised by the Chennai based Kalakshetra Foundation.

With a beautifully illuminated Shore temple and the gentle susurrus of waves providing a wonderful background, traditional dance forms of Bharatanatyam and Kathakali were performed.

Modi was seen drumming his fingers rhythmically while Xi keenly watched the show.

The song, a very popular number, bats for peace everywhere and building spiritual strength, saying it is the diktat of Mahatma Gandhi.

The Tamil verses depict Gandhiji as "Ahimsa yogi," and a father figure for the nation. Also, it roots for lofty ideals like compassion and unity.

The rendering of the song at the cultural event is seen as a hint to the government's stand that it is for peace.