Several posters have surfaced calling for Aaditya Thackeray to be the next chief minister of the state. 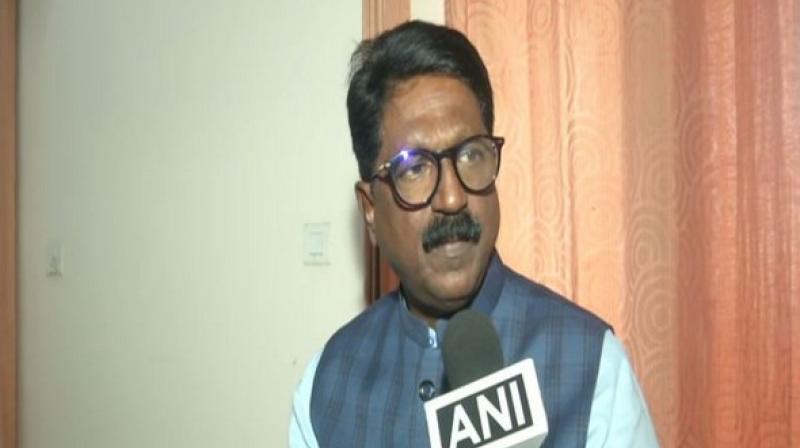 Sawant resigned from the BJP-led government after differences between two parties on power sharing with the Shiv Sena insisting on a rotational chief minister. (Photo: File)

New Delhi: Shiv Sena leader Arvind Sawant, who resigned from Modi government on Monday after his party started efforts to form a non-BJP alternative in Maharashtra, has said that party's young face Aaditya Thackeray has "potential" and "is a visionary leader" but did not speak about his role in the emerging political combination in the state.

"Aaditya Thackeray has potential. Go to YouTube and check by yourself. What a potential that young boy is having. There is true leadership. He is a visionary leader of the country," Sawant told ANI when asked about the current political situation in the state.

Sawant resigned from the BJP-led government after differences between two parties on power sharing with the Shiv Sena insisting on a rotational chief minister.

The 29-year-old Aaditya Thackeray won from Mumbai's Worli assembly constituency, beating Nationalist Congress Party's (NCP) Suresh Mane by a margin of over 67,000 votes. He is the first member of the family in Shiv Sena's history to contest elections.

Several posters have surfaced calling for Aaditya Thackeray to be the next chief minister of the state.

Sawant said Shiv Sena is in talks with other parties to form a government in Maharashtra and it would not be right for him to be part of the NDA government.

"Mahayuti government could not be formed. There are talks about Shiv Sena forming government with other parties. It would not be right to continue as Union Minister so I resigned. There should be a government which will work for people of Maharashtra. Farmers are going through a lot of problems due to rains. The new government should be formed as soon as possible," he told ANI.

Sawant said what Shiv Sena did in Maharashtra, other parties in different states in the NDA alliance will also get stronger.

There is a possibility of Shiv Sena joining hands with NCP and Congress to form the government in Maharashtra.

After BJP declined to form the government, Shiv Sena was asked by Governor Bhagat Singh Koshiyari to express its ability form government.