The five-judge Constitutional bench finally has tried to staunch the bleeding cut that was the contentious Ram Mandir/Babri Masjid issue. 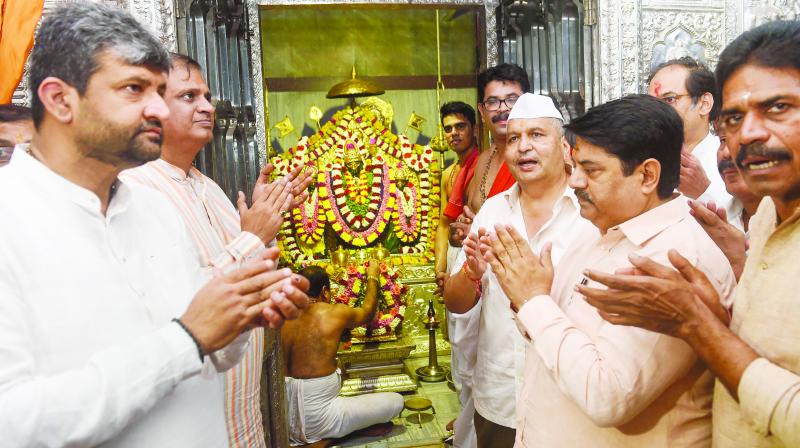 After seven decades, a five-member bench of the Supreme Court on Saturday awarded the disputed Ram Janmabhoomi land to the Hindus, with a condition that five acres of land be provided to the Muslim community for constructing a Mosque.

This long-awaited judgment has come as a sigh of relief and joy for millions of Hindus across India. A few Muslims did express their unhappiness and reservations over the verdict. However, in general, millions of Indian Muslims have accepted the judgment.

The five-judge Constitutional bench finally has tried to staunch the bleeding cut that was the contentious Ram Mandir/Babri Masjid issue. The verdict has provided an unambiguous nudge to reconciliation between Hindus and Muslims. And closure.

First and foremost, all political parties, including the ruling BJP, have avoided using the judgment to grandstand and signal victory. This effectively means the end of "Ram Mandir" as a popular issue to whip up sentiment.

Secondly, Mohan Bhagwat, the chief of Rashtriya Swayamsevak Sangh (RSS) and the paterfamilias of the Sangh Parivar, while addressing a press conference after the verdict, categorically said, "RSS is not meant for launching agitations. It believes in character-building." This is significant because the RSS had given wings to the Ram temple campaign.

Mr Bhagwat has made it clear that Kashi and Mathura, part of the 'agitational trio' for the Sangh Parivar, are off the table - for now. He, along with Prime Minister Narendra Modi and home minister Amit Shah, has also made it clear that the verdict is not a matter of celebration but reconciliation. This is a clear positive signal to India's 180 million-odd Muslims.

Even the Opposition has sought to end the Ram temple as a political issue, with the Congress party welcoming the Supreme Court verdict. The rare consensus between the ruling party and the Opposition, in reality, highlights the contentious nature of the issue.

A BJP minister told me after the verdict: "It is good that the Supreme Court has given a closure. We in the BJP realise that such issues have the potential to be so divisive that it would require another decade for closure." The statement, surprisingly, comes from a party that virtually rode to power on the Ram Rath (chariot). However, it may be a significant one, if the verdict ensures that the BJP does not make majoritarian grievances and a persecution complex an election issue.

One of the leaders of the original Ram Temple agitation broke down when I spoke to him. He, too, said the dispute should not be used for majoritarian muscle flexing.

So, what does the judgment mean? Going by the subdued reaction from the Sangh Parivar and even their satellites such as Baba Ramdev and Sri Sri Ravi Shankar, the BJP wants reconciliation to top the agenda.

L.K. Advani, the original Rath Yatri, who had called the destruction of Babri Masjid as the saddest day of his life, had perhaps sensed that the Ram Mandir as a political issue died the day the Mosque was pulled down. The nonagenarian chose to keep quiet on the day of the verdict. On the other hand, Ramdev and Sri Sri almost gave a choreographed and careful reaction, welcoming the verdict and hoping for peace.

The Supreme Court, by calling the destruction of the Babri Masjid unlawful, also sought to draw a line in the sand about the violent movement.

Senior BJP leaders have suggested that the government would ensure that a grand temple will be built in Ayodhya. Yet, the party would tread cautiously on the subject and not seek political capital from it.

In fact, Mr Shah had sent a stern message to the party cadre against celebrating the verdict.

The Modi government, with a little help from the Supreme Court, has now delivered on two promises on its agenda - ending special status to Jammu and Kashmir and a Ram Temple.

‘Tareek nahi batayenge, par Mandir wahi banayenge (We won't tell you when but we will build a temple there)’ had become a joke to ridicule the BJP so far. The joke has now turned out to be a reality.

In the coming days, we may see some action on  Uniform Civil Code and  two-child norm. Take the Modi government seriously -they actually keep divisive commitments. All these measure have the potential to vastly impact the secular state promised in the Constitution.

In short, the Supreme Court verdict has shut many mouths and stunned many leaders of Opposition. However, this has not resolved all the issues. After winning the legal battle, now it is for the BJP to ensure that the Ayodhya issue is translated into 'People's verdict'.