Police have arrested one of them while three others are absconding. 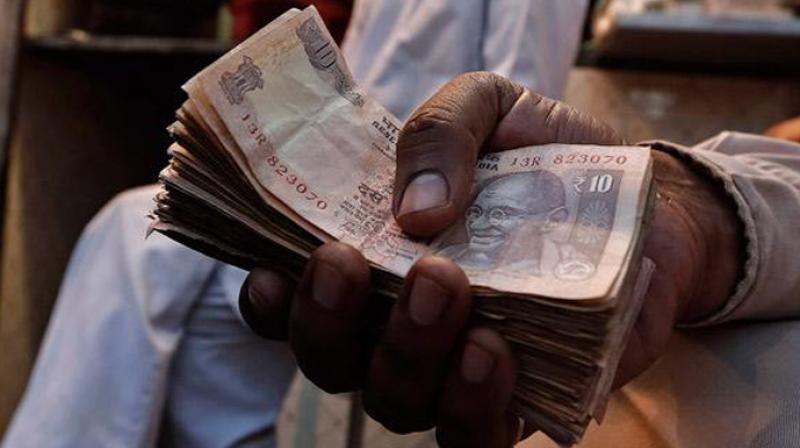 Four youths in Saharanpur district of Uttar Pradesh bought a second-hand car and paid for it in Rs 10 notes, looted from a bank. (Photo: PTI/Representational)

Meerut: Four youths in Saharanpur district of Uttar Pradesh bought a second-hand car and paid for it in Rs 10 notes, which they had looted from a State Bank of India’s rural branch last month.

The youths, identified as Nasir, Rakesh, Afzal and Titu, had looted Rs 10 lakh in Rs 10 and Rs 20 notes soon after it was replenished. They then spent the money in parties every night.

Their lavish lifestyle after the loot led to suspicion among the locals in Behat tehsil, who complained about them to the police. Police have arrested Nasir but the other three are absconding.

“One of our informants near the village told us that Nasir had bought a second-hand car recently and paid for it in Rs 10 notes. When we investigated further, we found that he and his friends had been spending lavishly and spending money exclusively in Rs 10 and Rs 20 notes. Some people even said that they had money kept in gunny bags. We brought Nasir in for questioning on Friday and he confessed to him crime,” Saharanpur’s superintendent of police (rural) Rafiq Ahmed.

“They stole Rs 5 lakh in Rs 10 notes and another Rs 5 lakh Rs 20 notes. We recovered Rs 50,000 from Nasir’s possession and seized the car. The rest of the money is likely to be with the other three accused, who are currently absconding,” he said.