Deputy Commissioner of Police Anil Kumbhare said that accused businessman will be produced in the court on Monday. 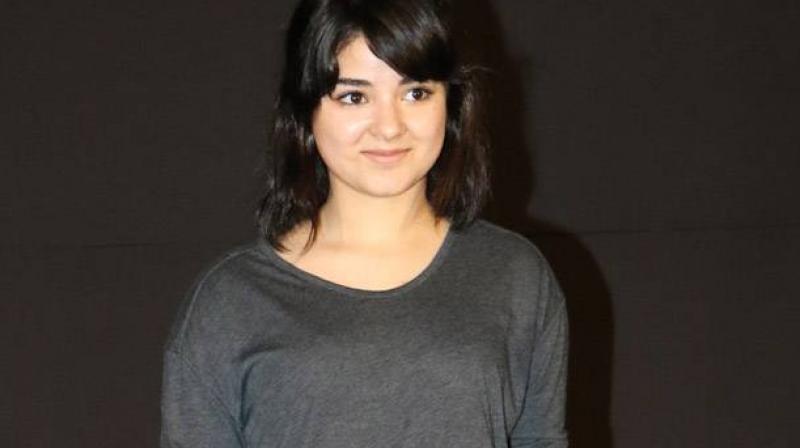 The 'Dangal' actor had narrated her ordeal on Instagram via live video. (Photo: File)

Mumbai: A 39-year-old man was arrested on Sunday for allegedly molesting actor Zaira Wasim onboard a Delhi-Mumbai flight on Saturday night, police said.

The man has been identified as Vikash Sachdev.

Deputy Commissioner of Police Anil Kumbhare said he will be produced in the court on Monday.

Sachdev has been booked under section 354 (Assault or criminal force to woman with intent to outrage her modesty) of IPC, and relevant sections of Protection of Children from Sexual Offences Act (POCSO) since the actor is a minor, Senior Police Inspector, Sahar, Lata Shirsat, said.

The 'Dangal' actor had narrated her ordeal on Instagram via live video.

"So, I just landed and you know the whole irony of this is that the guy... this is not done at all. This is not the way, this is not a girl should be made to feel because this is terrible. Is this how they are doing to take care of girls? No one will help us if we don't decide to help ourselves. This is the worst thing," she said in the Instagram live video.

Zaira said she tried to click a photo of the man, but couldn't get a clear shot due to dim lights.

"Managed to get this (shot of the molester's foot). The lights were dimmed so it was even worse. It continued for another 5-10 minutes and then I was sure of it. He kept nudging my shoulder and continued to move his foot up and down my back and neck," she posted, also slamming the airline saying, "Slow claps for Vistara's crew guys! Wonderful!" she wrote.

After the matter came to light, a woman police officer was sent to the hotel, where the actor is staying, to record her statement, and a case was registered against an unknown person at Sahar Police station.

Taking note of the incident, the airline has ordered a detailed investigation into the incident.

In a statement, the airline also apologised, adding Zaira started yelling at the accused passenger only during the descent of the flight, due to which the cabin crew couldn't move because it's mandatory to have no movement during the final phase of the flight as seat belts are on.