Presently, the school has a strength of 157 students up from the original 30. There is no difference between rich and poor students in the school. 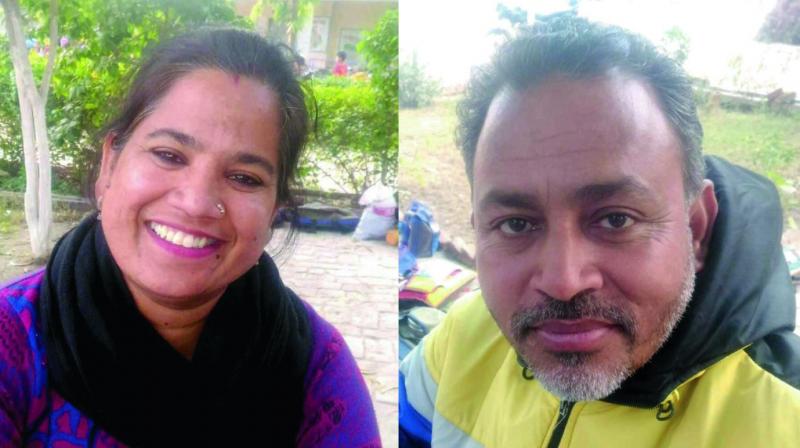 Chandigarh: A teacher couple has turned around a government school, through extra classes and  focus on English medium from primary level, to make it most sought after  in Sangrur district in Punjab has a long waiting list admission seekers, including children from affluent families.

They do not charge any additional extra money from students and have involved other teachers for keeping the students for extra hours in the school.

It may be noted government schools in Punjab, a majority of which teach only children of migrant and farm labourers, are known for their lack of facilities. But here is one government primary school where children of landlords and labourers study together.

Government primary school of Rattoke in Sangur district is an exception in  a society where difference between the rich and the poor are ingrained in children right from a young age.

All credit goes to a teacher couple, Sukhwinder Singh and his wife Renu Singla, who received the state award for best teachers, due to whose sustained efforts now there is a waiting list of children wanting to be admitted into the school. There is no difference between rich and poor students in the school.

“We take regular classes from 8am to 2 pm. From 2 to 3:30 pm onwards, we give tuition to weak students free of cost. Around 4pm, old school students, who are now studying in middle or higher secondary schools or preparing for an entrance exams, turn up for classes. This continues till 8pm. Around 5pm, regular students play games for the next couple of hours,” Mr Singh said.

At present, the school has strength of 157 students up from 30 and it is teaching the students of at least half-a-dozen villages. Such is the rush for admission in the school that it has made a policy for admission.

The no home work is given to the students in the Rattoke school.  “Since a majority of the parents are illiterate, there is no point in giving their children homework. Who will explain things  when their help is needed? So we make the children to do the homework at school, after teaching hours,” says Mr Singh.

Unlike other government schools, where students are directly enrolled in Class I, the school enrolls students in UKG. “We made anganwadi LKG and started UKG  so that students are prepared for Class 1,” Ms Singla said.

It all began in 2002 when the teacher couple joined the government primary school, Rattoke, which had a strength of 30 students. Within a short time after joining the school, Mr Singh and his wife with their hard work and dedication completely overturned it.

The State Council for Education and Research Training conducts regular tests to examine the students every year. The standard of the students could be gauged from the fact during the tests held last year, 28 of the total 32 students scored above 90 per cent marks, while the rest got above 85 per cent.

One of the secrets of the school is that teachers of the government primary school prefer to make the village their home. So they are available always to their students.

However, the main motivation for both Mr Singh and Ms Renu is when they see their students do well even after leaving the school. “ Our only son is studying in IIT, Kanpur and now the students of  our school are our family,” Mr Singh said.

Interestingly, after watching a video clip of the school a NGO, Young Sikh Association has adopted the school and built a library for the school.