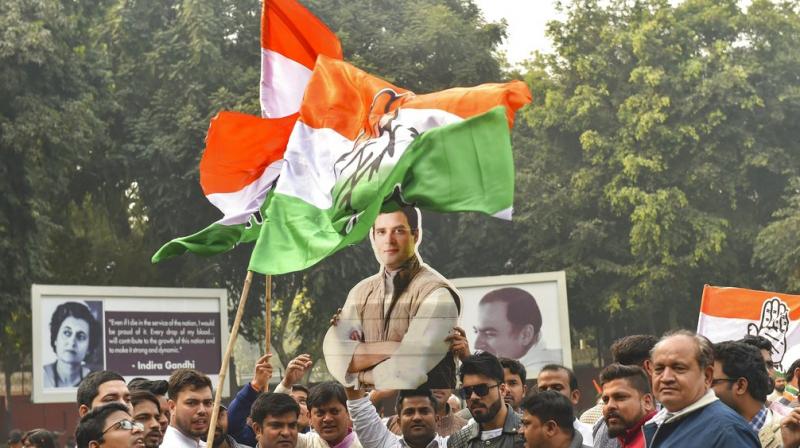 Bhopal: Smelling victory over the ruling BJP based on trends for all the 230 Assembly seats in Madhya Pradesh, the Congress has begun contacting leaders of small parties and also independents for mustering a simple majority, party sources said on Tuesday.

The Congress is leading in 115 seats and BJP in 105 seats, as per the latest trends.

Nath was in contact with BSP supremo Mayawati and SP chief Akhilesh Yadav besides leaders of GGP whose candidate is leading in one place.

BSP is leading at four places while SP is ahead in two constituencies.

Mayawati had snubbed Congress' overture for alliance in the state ahead of the elections.

Scindia has contacted the independent candidates who are leading in the vote count, said sources.