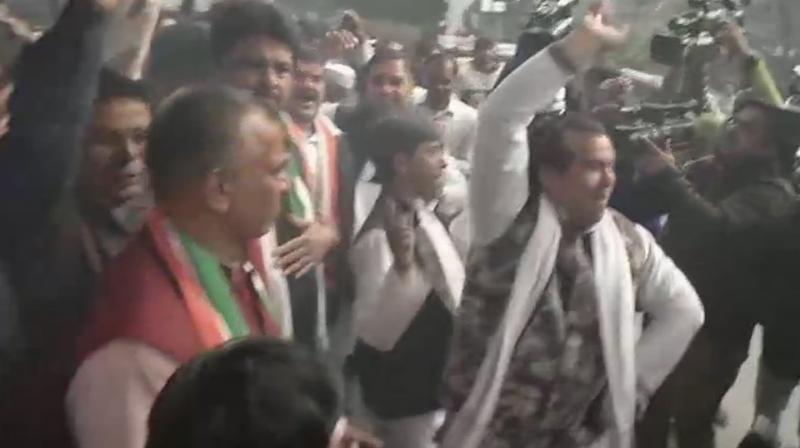 Trends showed the Congress ahead in Chhattisgarh and Rajasthan and locked in a tantalising, see-saw battle in Madhya Pradesh. (Photo: ANI | twitter)

New Delhi: The BJP headquarters in Delhi wore a relatively deserted look on Tuesday, even as Congress workers celebrated their party's good show in Rajasthan and Chhattisgarh at its headquarters here.

The Delhi Police erected barricades near the BJP headquarters at ITO here in the morning as a precautionary measure to manage crowd, expecting the arrival of party workers following the results of assembly polls in five states.

Trends showed the Congress ahead in Chhattisgarh and Rajasthan and locked in a tantalising, see-saw battle in Madhya Pradesh.

The party is likely to get an absolute majority in Chhattisgarh and is reaching the simple majority mark in Rajasthan while going neck-and-neck in Madhya Pradesh, according to trends on the Election Commission website. The BJP is in power in all three Hindi heartland states.