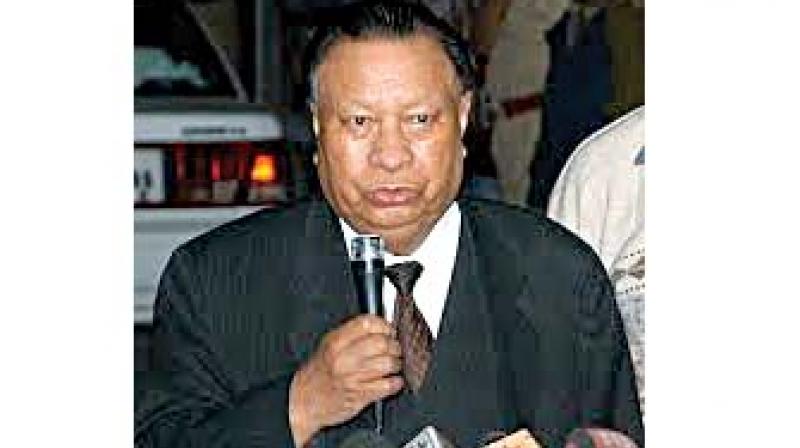 Guwahati: In what may be called a major setback for the Congress party, former Meghalaya chief minister and veteran Congress leader D.D. Lapang on Monday joined the ruling National People’s Party (NPP) along with his followers in a function held at NSCA mini-stadium at Pahamsyiem in Ri-Bhoi district.

The former chief minister, who has already been appointed as the chief adviser to the government of Meghalaya after he resigned from the Congress party recently, was accorded warm welcome by the NPP leader and chief minister Conrad Sangma.

The function in which Mr Lapang joined the party was also attended by deputy chief minister Preston Tyngsong, transport minister, Sniawbhalang Dhar, NPP MLA from Ri-Bhoi district, NPP leaders and supporters from across the district.