There are 67 seats in central Chhattisgarh, of which Congress is leading in 42 seats, a gain of 28 seats compared to the 2013 polls. 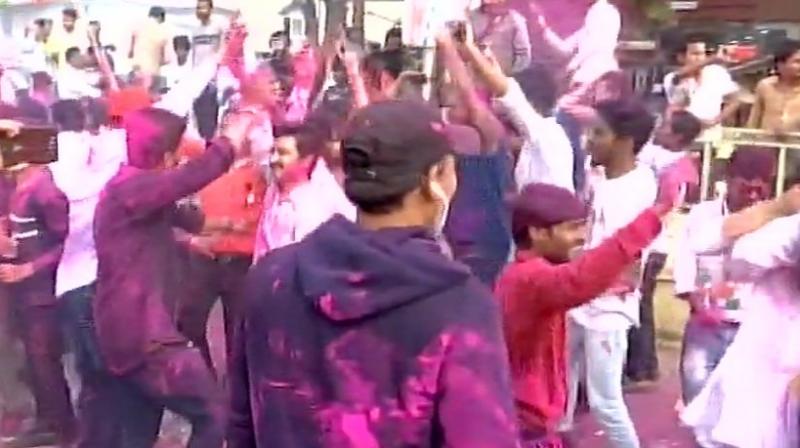 This time, the Congress also appeared to be making inroads in southern part of the state, where it was leading in four new seats besides retaining five that it won in 2013. (Photo: ANI | Twitter)

Raipur: With a lead on 58 seats in the 90-member Chhattisgarh Assembly, the opposition Congress has made maximum gains in central part of the state, as per the latest trends.

Also in this region, the Janata Congress Chhattisgarh of former chief minister Ajit Jogi, the Gondvana Gantantra Party and the BSP were leading in seven seats, earlier with either the Congress or the BJP. In the 2013 Assembly polls, the BJP had won 41 seats in central Chhattisgarh, while the Congress had bagged 24 and others two seats in the region.

Read: Were not expecting such big blessing from people: Cong's Chhattisgarh chief

This time, the Congress also appeared to be making inroads in southern part of the state, where it was leading in four new seats besides retaining five that it won in 2013. The BJP seemed unlikely to retain any current seat but it showed a lead in two new seats.

Out of 12 Assembly seats in the southern part of the state, the Congress had won eight and the BJP four in 2013. In North Chhattisgarh, which comprises 11 seats, the Congress was leading in three fresh seats while retaining six seats it won in the last state polls.

The BJP, however, appeared to be retaining one seat while leading in another seat. In the last Assembly polls, the Congress had won seven and the BJP four in the northern region.