A leader of the Shivpal faction, however, said that the idea of sailing in two boats on high seas is not very safe. 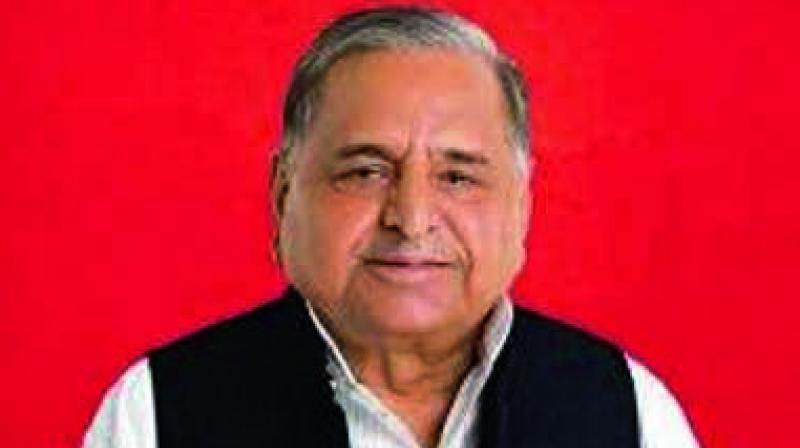 Lucknow: Politics is known as the land of shifting sands and loyalties, but Samajwadi patriarch Mulayam Singh Yadav is turning into a shifting politician — from one camp to another with an alarming frequency.

In the past few months, the senior Yadav has been giving conflicting signals to his supporters by moving from his son Akhilesh’s camp to his brother Shivpal’s camp.

Some call it an age-related disorder, others claim that he is trying to keep the warring factions in good humour and his close aides say that it is a part of a well thought out strategy. But patience is now running out and this strategy may boomerang on the eve of Lok Sabha elections.

On Sunday, Mr Mulayam Singh attended a rally organised by his younger brother Shivpal Yadav and when he was finally asked to address the gathering, Mr Mulayam Singh Yadav ended up asking people to vote for the rival Samajwadi Party.

The crowds jeered at Mr Yadav — this was the first time in his political career that he had been hooted at —and an angry SP patriarch asked the crowds to either listen to him or leave. The crowds stayed and continued jeering.

Three days ago, Mr Mulayam Singh Yadav had shared the dais with his son Akhilesh Yadav in Ferozabad. A SP leader who is known for his proximity to Akhilesh said, “All that Netaji (Mulayam) remembers is that his heart lies in the Samajwadi Party and this is what he says at public events. He does not recall the recent developments that have split the party.”

An aide of ‘Netaji’, however, says that it is s shrewd move by Mr Mulayam Singh Yadav who is known to be an extremely wily politician.

A leader of the Shivpal faction, however, said that the idea of sailing in two boats on high seas is not very safe.