It was a difficult period in independent India's history. 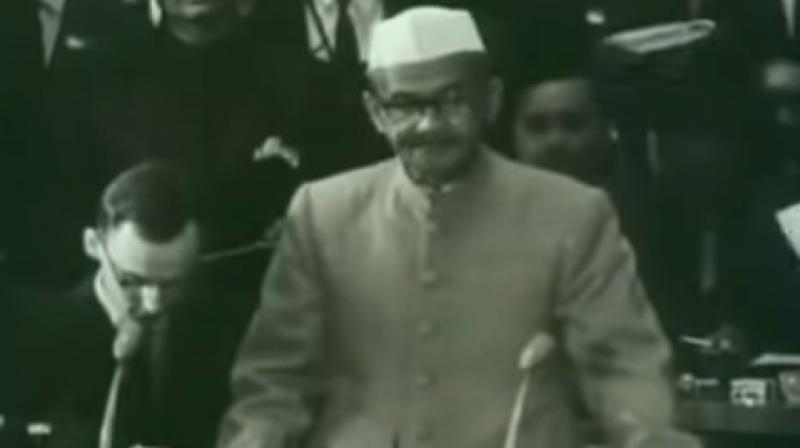 Wednesday January 11 was the 51st death anniversary of India's second Prime Minister Lal Bahadur Shastri, who led the nation during the India-Pakistan War of 1965, a conflict in which India decisively frustrated the designs of Pakistan's then martial law administrator and President Ayub Khan.

It was a difficult period in independent India's history. The country had lost its first Prime Minister, Jawaharlal Nehru in May 1964, and it was busy shoring up its borders with China. Before it could decisively strengthen its borders, President Ayub Khan of Pakistan decided to attack India. He undertook a trial run in the Rann of Kutch in the early part of 1965, but before he could achieve anything, British Prime Minister Harold Wilson intervened and affected a cease fire.

Losing patience, Ayub Khan decided to attack India in the Akhnoor Sector with the aim of cutting off Jammu and Kashmir from the rest of India. India counter-attacked in the Lahore sector and reached the outskirts of that city.

India took possession of the Haji Pir pass and other vital areas bordering the Ichhogil Canal like Burki on September 22.

During the war, the Soviet Union offered to bring about a ceasefire and a settlement through a meeting between the leaders of India and Pakistan in Tashkent.

The negotiations were held from January 4 to January 10 and both sides were assisted by then Soviet Prime Minister Alexi Kosygin.

After signing the agreement, Prime Minister Lal Bahadur Shastri suffered a heart attack and died. President Ayub Khan was one of the pall bearers bringing his body back to India.

India had to withdraw from vital sectors like Haji Pir; it also lost its Prime Miinister who had led the country during the war.