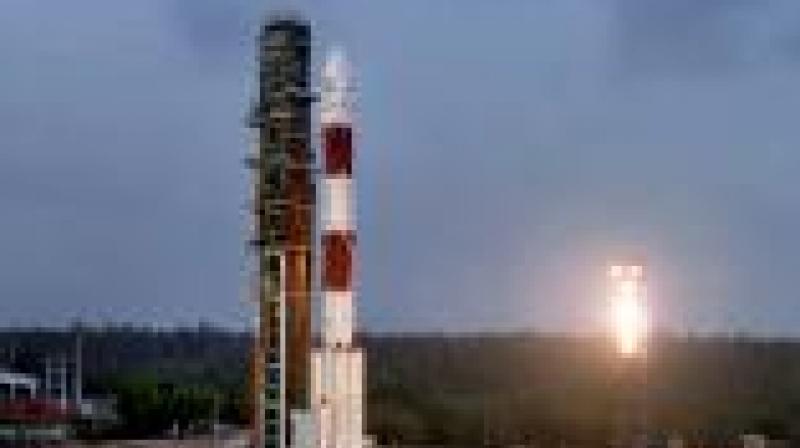 A jubilant ISRO Chairman AS Kiran Kumar announced that the ‘Cartosat 2’ Series satellite, the seventh in the series, a nano-satellite and 28 commercial payloads were successfully injected into the orbit one by one by the PSLV C-40, in the space of about 17.33 minutes since lift-off.

A micro satellite of India would be orbited after about 90 minutes following the re-ignition of the fourth stage, Kumar said.

The opening mission of 2018 was considered crucial for ISRO as the previous PSLV launch came as a setback to scientists as the backup navigation satellite IRNSS-1H could not be placed in orbit following a snag in the final leg of the PSLV-C39 mission in August, 2017.

A visibly relieved Kiran Kumar, on his final mission as the chief of the space agency, said he was happy to provide ‘Cartosat 2’ Series as a New Year gift for the country.

"ISRO is starting 2018 with the successful launch... all customer satellites (besides Cartosat and nanosat) released and the microsat after one hour. So far ‘Cartosat performance is satisfactory," he said at the mission control room.

My heartiest congratulations to @isro and its scientists on the successful launch of PSLV today. This success in the New Year will bring benefits of the country's rapid strides in space technology to our citizens, farmers, fishermen etc.

The launch of the 100th satellite by @isro signifies both its glorious achievements, and also the bright future of India's space programme.

Benefits of India's success are available to our partners! Out of the 31 Satellites, 28 belonging to 6 other countries are carried by today's launch.