Galib secured 88 per cent in the examination, the results for which were announced on Thursday. 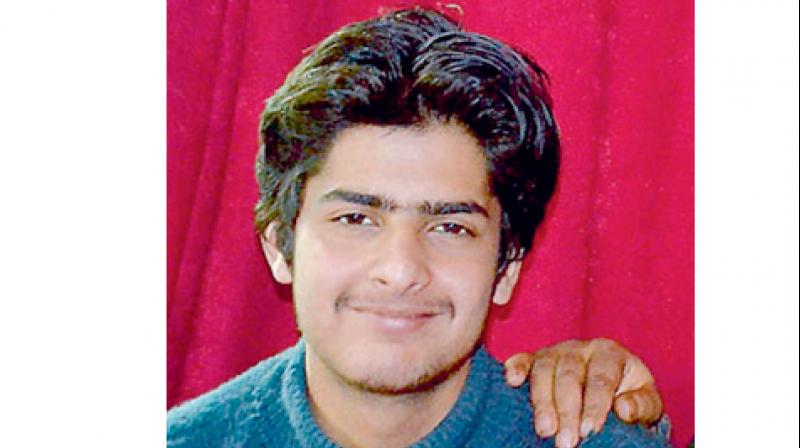 Also his home at Doabgah outside the northwestern town of Sopore was being visited by a large number of people to congratulate him and his mother Tabasum. Many people, following tradition, had brought with them shireeni (tiny sugar balls) and dry almonds to pour them on Galib, witnesses said.

However, Tabasum told this newspaper over the phone, that her son was not quite happy over his performance. “He was expecting more numbers than he got,” she said. Galib said, “Yes, I should have done better. Nevertheless, I must say that it is because of my mother’s prayers and the hard work put in by my teachers that I’m through in this exam.” He also said, “I miss my father so much today. He would have been happy to see me doing well in studies. He wanted me to become a doctor.” Guru was hanged in Delhi’s Tihar Jail on February 9, 2013.

Galib secured 88 per cent in the examination, the results for which were announced on Thursday. Two years ago, he had secured 19th position after obtaining 474 marks (A1 grade-above 95 percent-in all subjects) in Class 10 exams.