ISRO's PSLV-C40 carrying Cartosat-2 series satellite and 30 other spacecraft lifts off from Sriharikota. 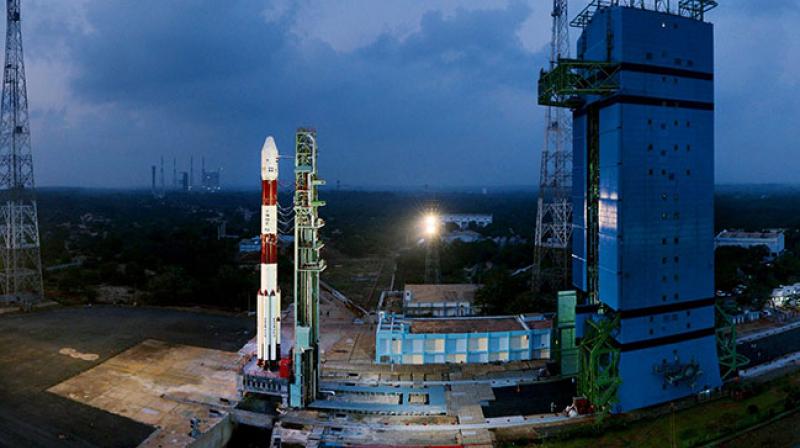 ISRO’s trusted workhorse 'PSLV-C40' will carry the weather observation 'Cartosat-2' series satellite and 30 co-passengers (together weighing about 613 kg) at lift-off at 9:29 am. (Photo: isro.gov.in)

Chennai: Almost four months after an unsuccessful satellite launch, Indian Space Research Organisation (ISRO) on Friday sent up another rocket. The Polar Satellite Launch Vehicle (PSLV) lift off at 9:29 am on Friday from Sriharikota, 110 kms from Chennai, carrying India's 100th satellite along with 30 others.

The surveillance satellite from the ‘Cartosat 2’ series will keep watch on India's hostile neighbours.

On August 31, 2017 India's mission to launch its backup navigation satellite IRNSS-1H on board PSLV-C39 failed after the heat shield did not separate in the final leg of the launch sequence and as a result, the satellite IRNSS-1H got stuck in the fourth stage of the rocket.

Friday’s launch is the 42nd flight of the PSLV. The launch also marks the first launch for ISRO in 2018.