The victim was promised a job in a hospital but was forced to work as a maid on reaching there. 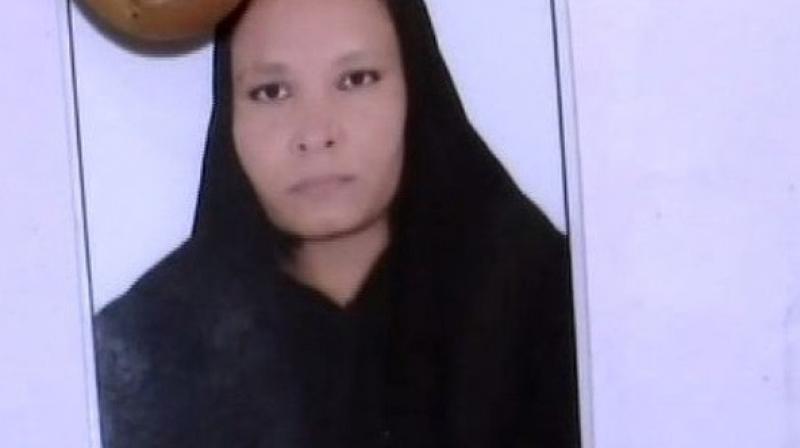 The victim's daughter lamented that her mother is food deprived and requested the Indian authorities to rescue her. (Photo: ANI)

Hyderabad: The family of a Hyderabadi woman, who is stranded in Saudi Arabia, requested External Affairs Minister Sushma Swaraj to bring her back to India.

The victim, Parveen Begum, was promised of a job in a hospital in Al-Qassim in Saudi by two men.

However, on reaching Saudi, she was forced to work as a maid.

Victim's daughter Tasleem Fatima said, "My mother was looking for a job due to financial problems. Two agents Md Osman and Md Maksood approached us and offered a job in a hospital in Al-Qassim. Later, after she reached Saudi, they made to work her as a housemaid."

The victim's daughter lamented that her mother is food deprived and requested the Indian authorities to rescue her.

"She is being tortured by her employers and has not even been provided with adequate food to eat. It's been five months and they just paid one month's salary to my mother. I request MEA Sushma Swaraj, Indian embassy and the Telangana government to rescue my mother," she added.