Purpose of law is to divide Indians on religious lines, says Sonia Gandhi. 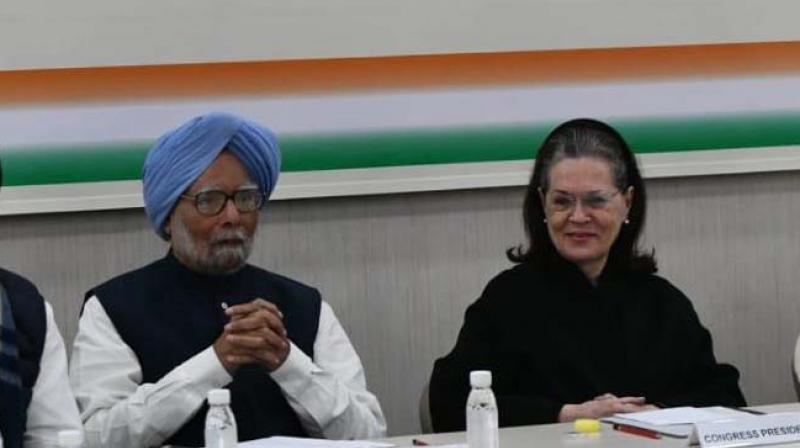 New Delhi: Terming the Citizenship (Amendment) Act as a “discriminatory” and “divisive” law, the Congress on Saturday demanded that the CAA be withdrawn and the process of NPR be stopped. The party also demanded that a high-powered commission be constituted to inquire into incidents connected with the anti-CAA protests.

The Opposition party also threw its weight behind the agitating students of various universities across the country even as its interim president Sonia Gandhi decried “police excesses” in many parts of UP and varsities like JNU, Jamia Millia Islamia and Aligarh Muslim University.

At a special session of the Congress Working Committee — the party’s highest decision making body — Mrs Gandhi said: “As the students’ protest gains momentum, it is clear that the government is digging in its heels. Not a day passes without the home minister, and on some days the Prime Minister himself, making provocative statements”.

“The CAA is a discriminatory and divisive law. The sinister purpose of the law is clear to every patriotic, tolerant and secular Indian: it is to divide the Indian people on religious lines,” she said.

Mrs Gandhi further said that she was inspired by the struggle of the students who have taken to the streets and saluted their courage even as she condemned the use of brute force by the police.

“We are appalled by police excesses and use of brute force in many towns of Uttar Pradesh, in Jamia Millia, in the JNU, BHU, Allahabad Uni-versity, Delhi University, Gujarat University, Indian Institute of Science, Bengaluru. We, therefore, demand that a comprehensive high-powered commission should be constituted to inquire into the incidents connected with the anti-CAA protests and justice to the affected persons,” she added.

Shortly after Mrs Gandhi’s speech, the CWC passed a resolution that every worker of the party would work alongside India’s youth and the students in their endeavor to defend the Constitution.

“The BJP government has used its brute majority to impose its divisive and discriminatory agenda in an insensitive manner. CWC cautions the government that its pursuit of divisive agenda with the sole objective of polarisation may give short-term political dividends but will create deep fissures in the society undermining national unity and social stability,” the resolution said.

The resolution also sought the lifting of curbs and restoration of civil liberties in Jammu and Kashmir.

The CWC also discussed the report submitted by a Congress fact-finding committee, which was sent to JNU. Sources said that report found the vice-chancellor’s role suspicious in dealing with the situation. It also raised questions on the functioning of Internet services while violence was unleashed on students in the campus.

Interestingly, Rahul Gandhi, the party’s former president, did not attend the CWC meeting though rumours of his imminent return at the helm of the party are rife.

When questioned about West Bengal chief minister Mamata Banerjee declining to attend the January 13 Opposition meet, senior leader Anand Sharma said the CWC did not discuss the role of any other party.

He said that the fight to is defend the system of learning and independent thinking in college campuses. “This is no one political leader’s or political party’s fight and I sincerely hope that political leaders would see it as such”.