After over 35 hours, Army rescues 4-yr-old boy from well in Madhya Pradesh

The boy, Roshan, fell into an uncovered borewell while playing in a field in the village around 11 am on Sunday morning. 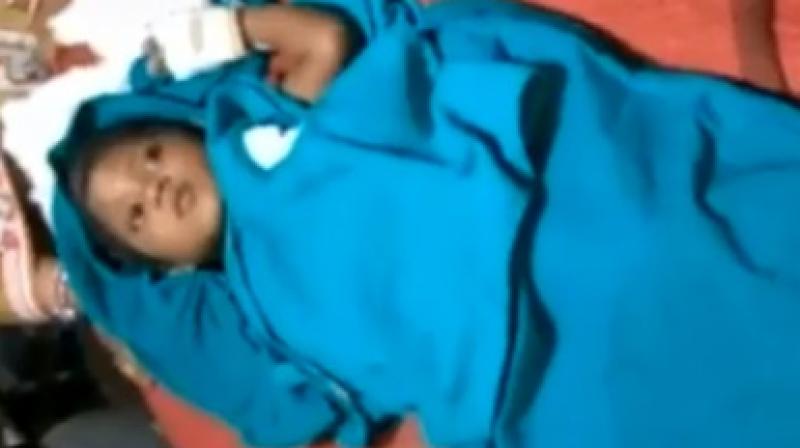 The boy, Roshan, was taken to a nearby hospital for a check-up after he was rescued from the borewell. (Photo: ANI screengrab)

Dewas: Thirty-five hours after he fell into a 150-feet deep borewell, Roshan, a four-year-old boy, saw light at the end of the tunnel, literally.

The boy was rescued around 10:45 pm on Sunday night, Dewas district Superintendent of Police Anshuman Singh told news agency PTI over phone from Umaria village in the district.

Roshan fell into an uncovered borewell while playing in a field in the village around 11 am on Sunday morning.

As an Army team was roped in to rescue him, a race against time began as he was stuck 30 feet below the surface.

He was given fluids through a pipe and oxygen was pumped into the borewell, the SP said, adding that throughout the operation, his parents kept talking to Roshan and he responded.

The rescuers earlier planned to pull him out by digging a parallel trench and then connecting it with the borewell through a tunnel, the police officer said.

The trench was dug, but soon they realised that the rescue in this way will take much long, which could be fatal for the boy. Then, changing the tack, a rope with a noose was dropped into the borewell, and the boy was asked to tighten the noose around his arm so that he could be pulled out.

The boy, showing remarkable composure, followed the instructions and was then pulled out successfully, the police officer said.

He was taken to a nearby hospital for a check-up, the police added.