Individuals, resident welfare associations and religious groups ensured that the farmers are supplied with adequate food and water. 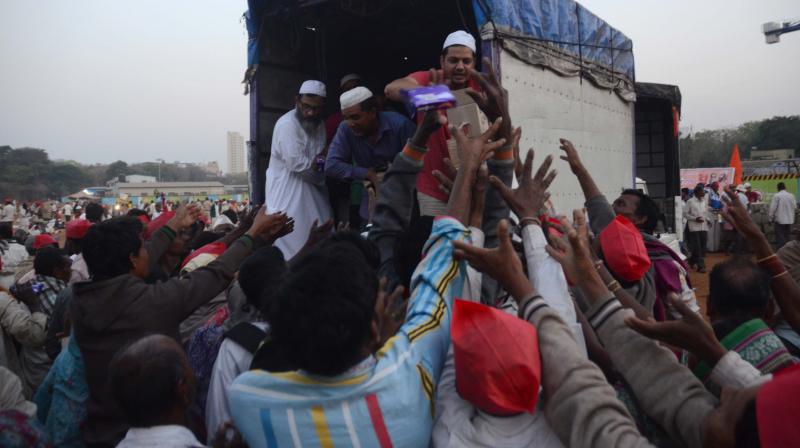 Several groups not only distributed water, but also poha and biscuit packets when the farmers reached Mumbai. (Photo: Shripad Naik)

Mumbai: As over 50,000 protesting farmers reached Mumbai traversing 180 kilometres from Nashik, Mumbaikars, not caring about the traffic disruption and office timings, welcomed them and provided them refreshments.

Individuals, resident welfare associations, religious groups and even political parties ensured that the farmers, marching in the scorching heat, are supplied with adequate food and water. 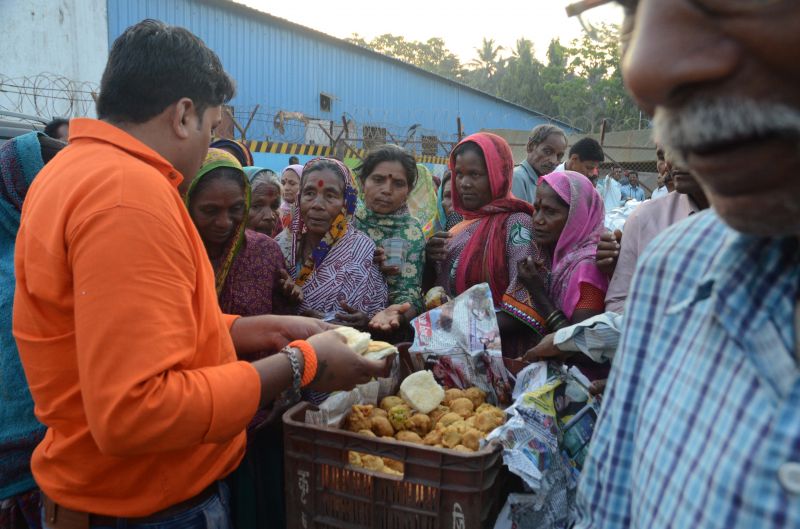 Kisan Gujar, state president of the All India Kisan Sabha, told reporters that they have received so much help since Sunday that the food truck they have brought was still full of food and will last them for another four days.

On Monday morning also, local worker organisations brought in breakfast and water for the protestors.

During their 180-kilometres long march, both rural and urban residents had come out in their support, supplying them with water. Several groups not only distributed water, but also poha and biscuit packets when the farmers, who had walked around 30 kilometres each day, reached Mumbai. 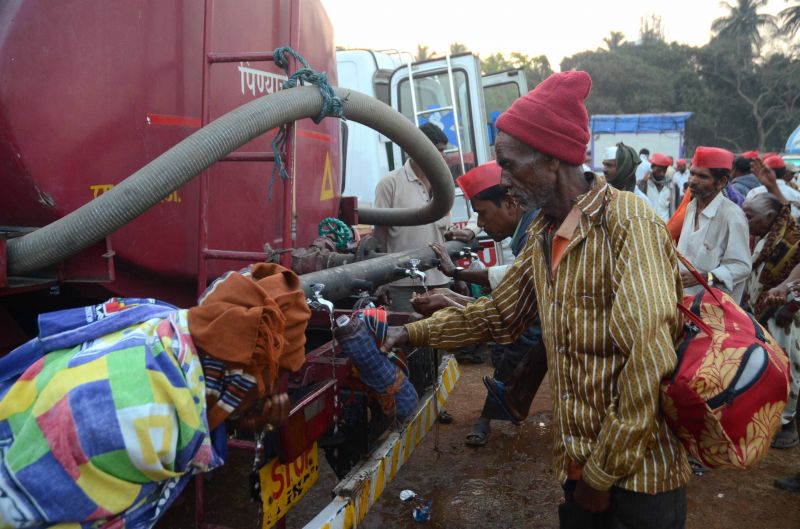 Thane civil hospital distributed medicines to the farmers who are present at the Azad Maidan.

The march, led by All India Kisan Sabha (AIKS) -- a peasants’ front of the Communist Party of India (Marxist), was launched from Nashik on Tuesday.

The association is demanding an unconditional loan waiver, and transfer of forest land to tribal farmers who have been tilling it for years.

It also demands implementation of MS Swaminathan Committee report, which says farmers should be paid one-and-a-half times the cost of production and the Minimum Support Price should be fixed keeping this in mind.